Paula Ledesma was born in 1979. She studied Fashion and Textil Design at Buenos Aires University where, even today after obtaining her degree, she works as a teacher in the area of morphology. Since her beginnings she had the opportunity to develop in several areas of her field, from design to production for private companies. But her mayor interest lies in yarn.
Her company, Paula Ledesma Knitwear is a label that made a full collection of knitting garments.
in 2010, the company won the posibility to participate in the ROOMS Exhibition in Tokyo, Japan, in the same year was convocated to participated in BID DIMAD, the Design Bienal in Madrid, Spain. The most importants and representatives designers of iberoamerica was selected for this exhibition, in May 2011 the exhibition became itinerary and started their journey through the cities of Malaga, Granada, Sevilla. Then travel to Argentina (in Rosario city , Córdoba city ; in Chile ; in El Salvador ; Uruguay and Bolivia. in the same year, Paula Ledesma knitwear was invited to participate in Fashion’s event with Saks Fifth Avenue during NY Fashion Week.
In february of 2012 the brand was selected to performed Paula Ledesma Knitwear ́s first oficial runaway show in Buenos Aires Fashion Week, also this year the brand open the first own store in Palermo,Buenos Aires, Argentina. In 2013 present the winter collection " Imaginary Warriors" in BAFWEEK, the most important fashion event in Argentina.
This year the designer won the award FADU Design Biennial in the category of best urban collection 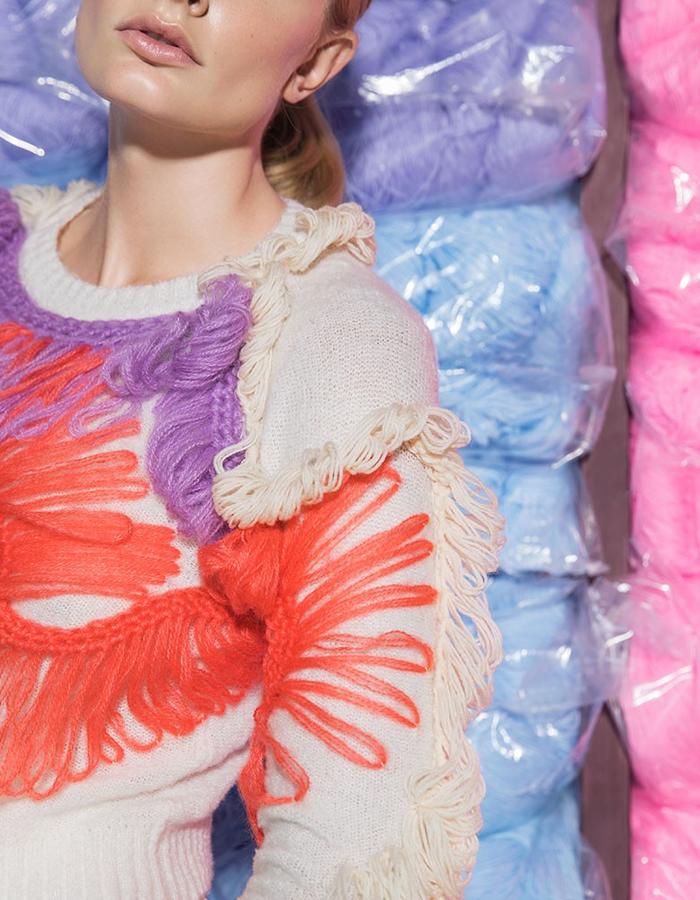