Partoem is a brand of luxury leather goods based in Montreal, Canada. Founded in 2017 by designer Madeleine Beaulieu, Partoem originated from her love for quality minimalist products. The brand name is inspired by the French saying par toi-même, which means “on your own.” In Italian and Spanish, parto means “birth.” After completing a master’s degree in Industrial Design at the Rhode Island School of Design in 2007, Madeleine moved to San Francisco, where she gained experience designing home accessories, furniture and consumer goods. She later discovered an unmatched creative liberty in the design of fashion accessories. Madeleine returned to Montreal in 2009 to work as a designer at a well-known leather goods manufacturer. Here, she was introduced to self-assembly patterns for leather products made without stitch or glue. The seed was plantedfor what would become a highly personal creative process. From that point onward, she started designing folded patterns and devising her own assembly methods. After eight years of creating fashion accessories for various acclaimed Canadian brands, Madeleine was finally ready to make her dream project a reality. She founded Partoem in 2017 with support from her mother and the talented designer Louise Paquin, and her dedication to family inspires each piece that she creates. 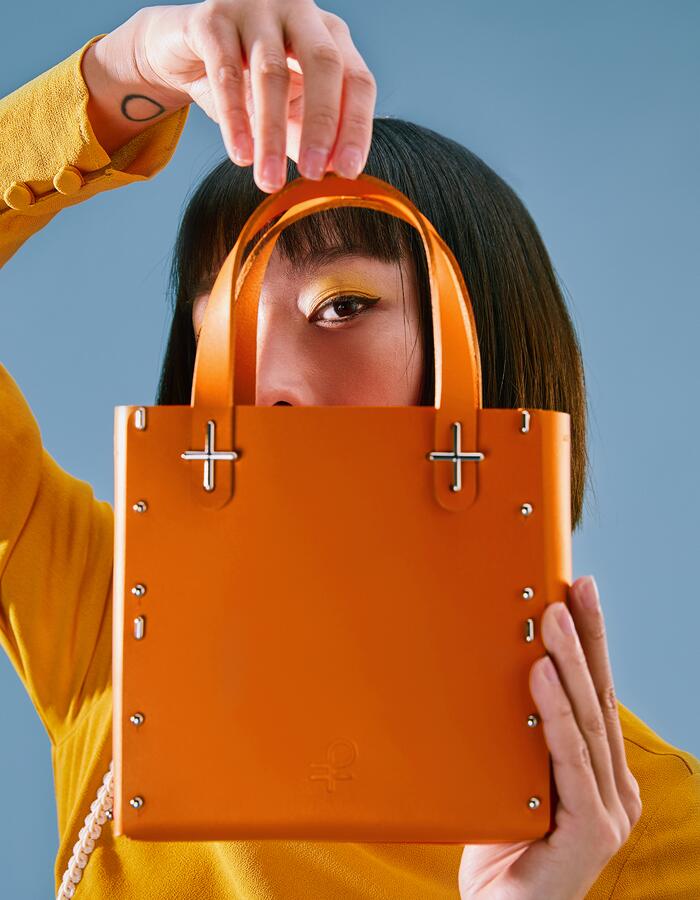 PARTOEM DOES NOT FOLLOW ANY FASHION SCHEDULE. WE SLOWLY GROW THE COLLECTION AND ADD COLORS OVER TIME. THIS YEAR WE INTRODUCED DOG ACCESSORIES TO COMPLEMENT OUR BAG AND SMALL LEATHER GOODS COLLECTION.

PARTOEM WANTS TO CELEBRATE ELEGANCE, SIMPLICITY AND ORIGINALITY. WE CHOSE WARM AND VERSATILE COLORS IN ORDER TO SUIT EVERY SEASON. INSPIRED BY ORIGAMI AND JEWELRY, OUR UNIQUE LEATHER BAGS AND SMALL LEATHER GOODS STAND OUT WITH FOLDED DESIGNS AND SIGNATURE ASSEMBLY HARDWARE. WE ALSO STRIVE TO HIGHLIGHT THE BEAUTY OF GENUINE ITALIAN VEGETABLE-TANNED LEATHER KNOWN FOR ITS QUALITY AND NATURAL TANNING PROCESS. EACH OF OUR LEATHER BAGS AND WALLETS IS HANDCRAFTED IN MONTREAL, CANADA AND EMBOSSED WITH A SERIAL NUMBER TO CERTIFY ITS AUTHENTICITY AND TRACK ITS PRODUCTION HISTORY. ALL PARTOEM PRODUCTS ARE THE RESULT OF A PERSONAL, ARTISTIC APPROACH THAT VALUES QUALITY OVER QUANTITY.