Palmhager is the pre-stage brand by Swedish designer Billie- Emelie Therese Palmhager, who, in 2012, arrived from Stockholm to study fashion at the Gerrit Rietveld Academie in Amsterdam, The Netherlands. She is expected to graduate in spring 2016.
Therese Palmhager likes to question stereotypical gender roles in our society. Collections question for instance what is male and what is female, and why we feel the need to differentiate between the two. “Social conventions and human behavior is something I have always found interesting. We live in these social conventions that from an early age teach us how to behave in order to fit in with the invisible structures of society called ‘norms’.” says Palmhager, who herself grew up in a rather unconventional, family. “In my work I want to challenge the idea of what is considered socially acceptable and by doing so I hope to somehow expand ideas of what a person is and can be.” 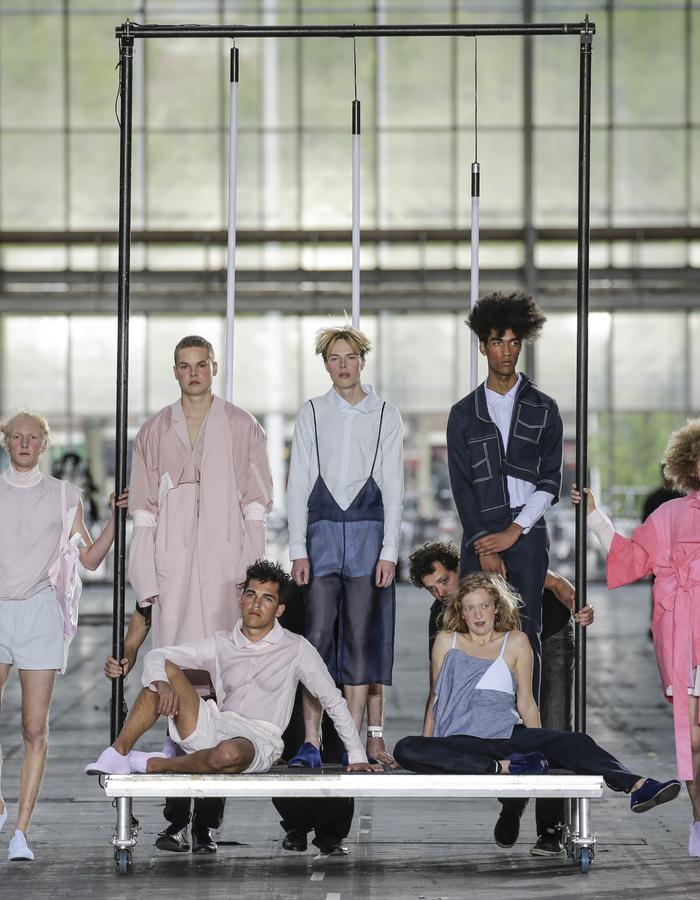 Growing up in an unconventional family, Therése Palmhager started to question stereotypes and stereotypical gender roles at an early age. Her interest in human interaction and social constructions shows on her resume that next to several art, textile and fashion studies lists years of engaged social work. “I want to challenge the idea of what we can wear on a daily basis. My vision is a world where we are not limited by our gender or age.” Throughout her years studying fashion at the Rietveld Therese maintained her pleasantly stubborn stance towards all prevailing norms. Now her mind-freeing experiments accumulate in her graduation collection, which illustrates the classic battlefield of rights and wrongs between the minds children and adults. “As children we are allowed to explore what is real and what isn’t. The world is full of possibilities.” she argues, “As adults we are expected to follow certain rules and structures, we are limited by societal norms. For children these rules and structures exist only in a far distance. Everything is possible and the world is our playground.” She explicitly chose to design clothes that a fun loving and open-minded audience would consider totally wearable.