Nguyen Cong Tri is a self-taught visionary fashion based in Ho Chi Minh City. As a graduate of Fine Arts from the Ho Chi Minh City University of the Arts, he first impacted the world of Vietnamese design in 2000 when he won 1st prize in the 'New Idea' category at Vietnam's Grand Prix, with his 'Green Leaves' fashion collection. Following this, he began to work with singers and celebrities in Vietnam, styling their photo-shoots and constructing signature looks. As this venture grew, he launched the ready to wear brand Kin by Cong Tri in 2009, and KinConcept, his menswear line, in 2011.
Nguyen Cong Tri personally teaches his growing atelier to create his designs from laboriously-sourced fabrics, producing fashion-forward designs that are infused with tradition. His signature aesthetic and keen eye for detail combines progressive and hand-made techniques, resulting in collections which feature laser cutting, interlacing, hand-ironed pleating, knitting and hand painting. with a particular emphasis on jewel and sequin embellishments.
As his brand developed his creations became increasingly avant-garde, as he moved to the forefront of the Vietnamese Haute Couture industry. In 2013 he became the first Vietnamese designer to launch a dedicated house of Haute Couture. Nguyen Cong Tri’s hand-made garments are easily identifiable due to their traditional identity, imbued with an international contemporary spirit. He inspires and mentors emerging designers to follow his lead and establish a viable fashion industry in Vietnam. 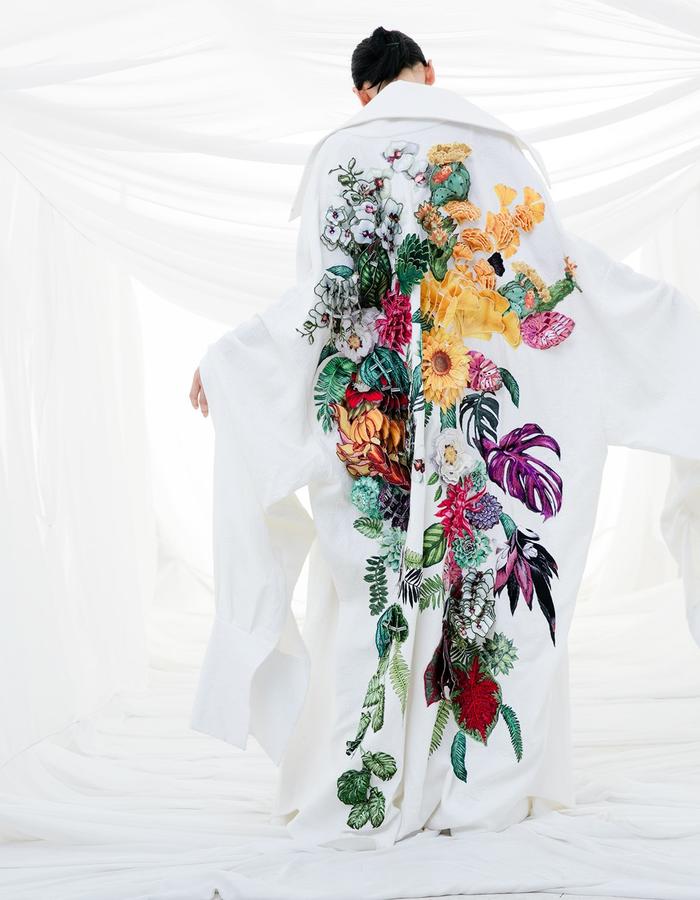