Born of German and Belgian parents in 1988, Nelly HOFFMANN grew up near Paris and surprisingly began her fashion path in a parisian law university. Two years of hell later, she integrated L'Ecole de la Chambre Syndicale de la Couture Parisienne in Paris. She graduated in 2012, a crucial year during which she was influenced by truly authentic characters: designer Jens Laugesen, Balenciaga’s Atelier head Bruno Barbier, as well as Jean Colonna, Celine Toledano and Stéphane Warnier.
She was scouted by Marc Ascoli thanks to her disruptive end of year collection, and integrated the Rue du Mail studio. While there, she worked under Martine Sitbon's artistic direction for nearly a year and continuously met riveting personnalities such as French artist Cedric Rivrain.
She was selected in May 2013 to be a finalist in the fashion section of the International Talents Supports Competition. In doing so, she materializes her first true collection as a full-fledged designer 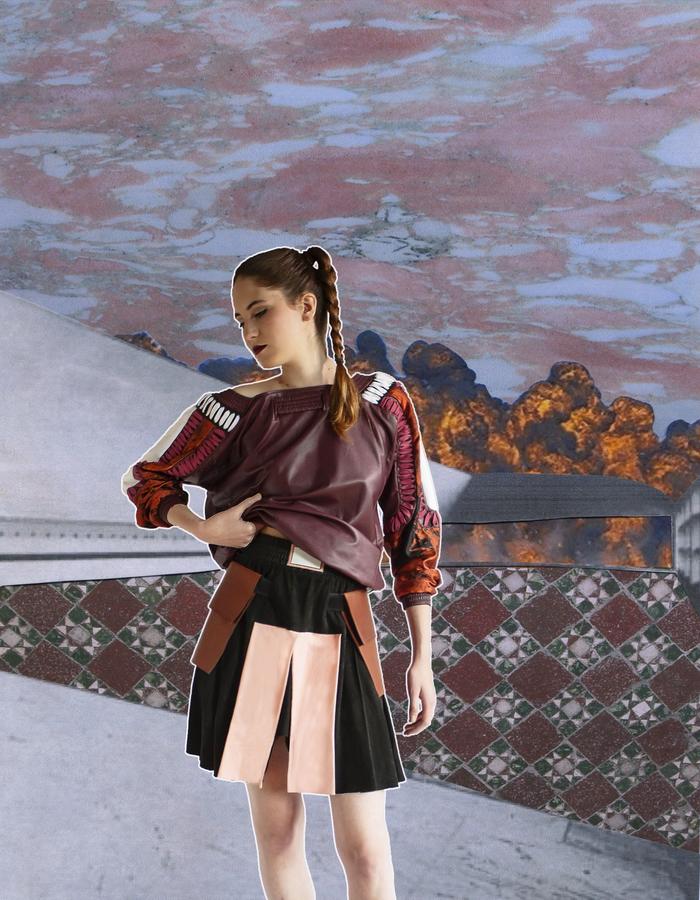 A band of gangsters breaking into a church and plundering its symbols, fabrics and ornaments, in order to make their own protective armours - which reveal the urban origins of who wears them - to wrap themselves of a sacred and all-powerful aura in order to survive and reign over the urban landscape. Researching the outfits of hip-hop icons such as Run DMC and Booba, these are kings of the streets on their own personal crusade.