Natasha Chiew is a Sydney based emerging designer. Her design is influenced by architecture and design and has a heavy focus on line, form and structure. Her work centres around reinterpreting the female form, with designs that challenge traditionally tailored approaches to the body by manipulating the clothed spaces around the form. In 2016, her graduate collection Mercury Rising was selected and shown at Vancouver fashion week. Her work has been featured on Vogue UK online, i-D Magazine, Mith Magazine, Zeum Magazine and Broadsheet Sydney. 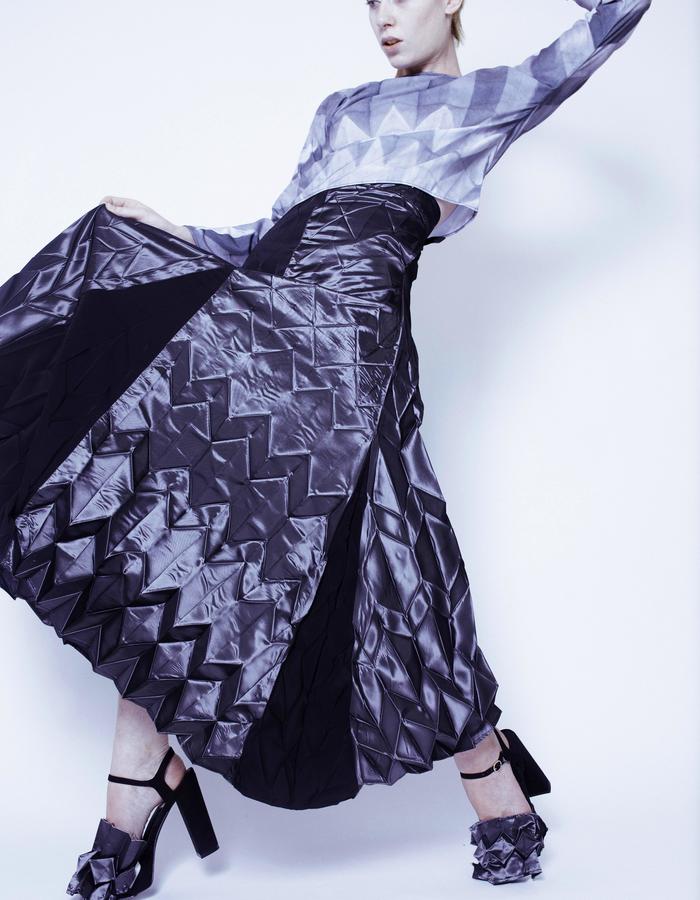 MERCURY RISING is a pleated womenswear collection inspired by the sculptural detailing of Islamic architecture. The garments replicate the divine symmetry and celestial imagery in Iranian mosques and shrines. Influenced by eastern styles of dress, the collection eschews western tailoring for wrapping and tie fastenings. Each of the pieces feature meticulously hand folded pleating patterns that envelope the body and challenge traditional perceptions of silhouette and form.