Eliran Nargassi, born 1985, Menswear Fashion Designer based in Tel Aviv. Graduate of class 2012 from Shenkar - college of Engineering and Design. Upon Graduation, Nargassi briefly worked for Several Israeli based commercial Brands but shortly after, realizing the limits of Designing for commercial fashion industry, the conception of starting his own brand has begun.
The label Eliran Nargassi was established in the beginning of 2013, taking an active part in the renaissance of the Menswear fashion scene in Nargassi's
homeland, catering the modern individual who’s on the search for innovative fashion with a personal touch and attention to details. Clean-cut & minimalistic design blended in with contrasts and graphic cuts & geometrical forms, the label's lines are highly wearable and functional keeping the commercial value a secondary feature.

Nargassi’s inspiration derives from his personal biography & inner world, born to a Jewish orthodox family but leading a secular lifestyle, drawn to the conflicts & tension between religion & secularism, issues of gender and it’s interpretation. Up to now, Nargassi had released 7 collections under the Eliran Nargassi
label, catching the eye of many fashion experts, both Israeli & international, being featured in Major Fashion magazines and blogs.
On September 2016 Nargassi was selected as Best Menswear Designer in Israel. 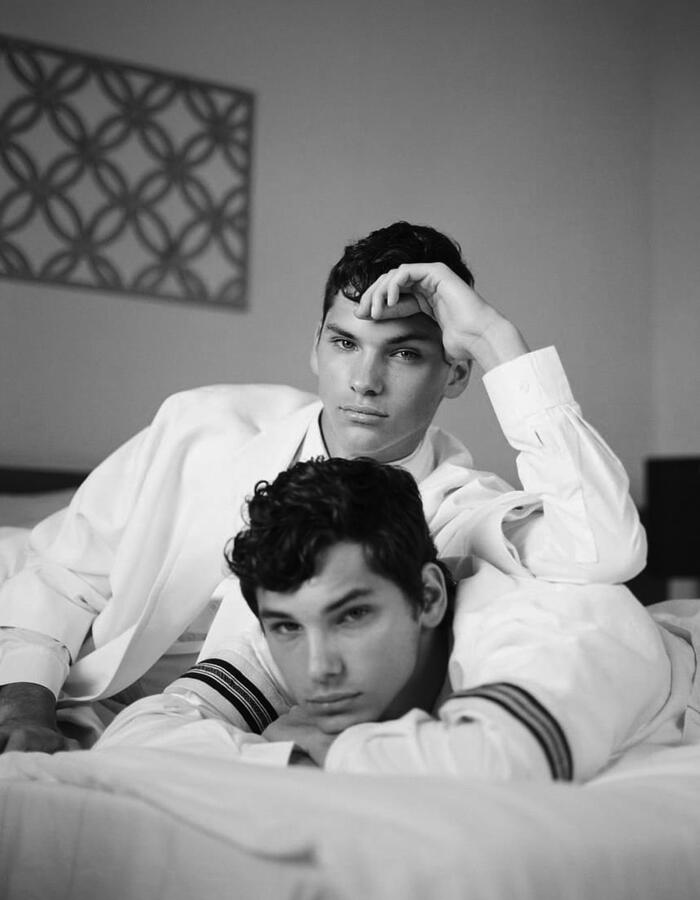 “Five Minutes Apart” tells the story of Daniel and Anton Samarov, twins from Ukraine who immigrated to Israel in 2015. Alina Braginski photographs the 18-year olds in an attempt to preserve two cultures, bridging Old and New, in a journey that mirrors her own immigration experience.