NANTHALAT is a French fashion designer. Graduated in fashion design, pattern making and infography, he devotes himself to couture, photography, graphic design and music. After experiences in major companies such as Alexander McQueen and Givenchy by Riccardo Tisci, he launches in 2010 an eponymous brand. His studio is settled in Provence, a stone's throw away from the city of Cassis and the Mediterranean Sea. Drawing his inspiration from his Southeastern Asian origins, his researches are centred on fluidity and draping, structured by tailored pieces. Tinged with a dark sobriety at once delicate, aggressive and alternative, his reflection is based on the study of deep interactions between clothes, body, mind and nature and the exploration of universal, humble, enlightened & spontaneous nomadism. Authenticity, modernity have significance : really sensitive to noble fabrics, know-how and artisanship, NANTHALAT is concerned about offering timeless creations traditionally handcrafted in France. 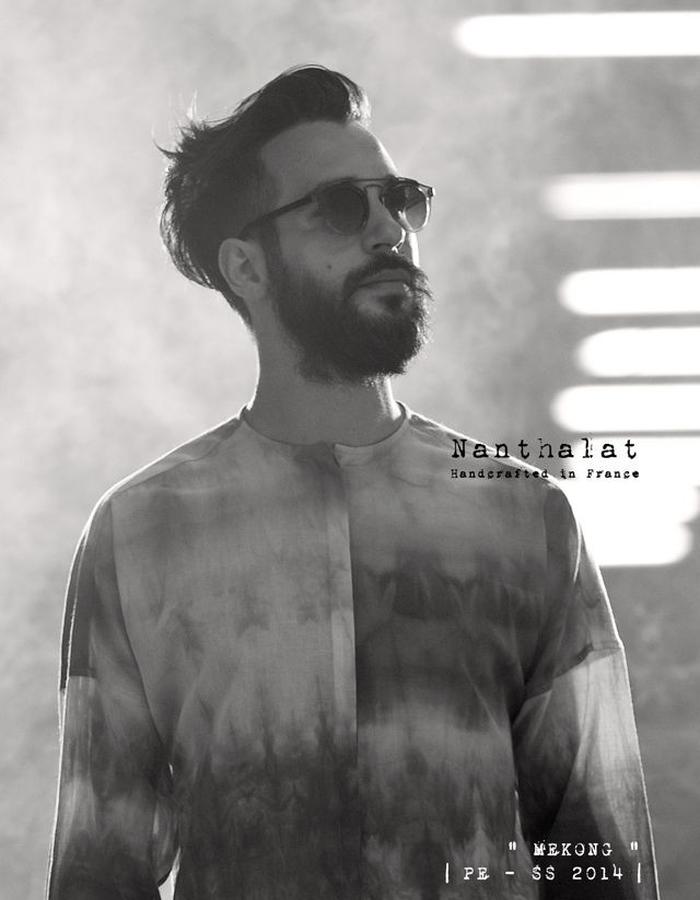