Biography //
Moisés Nieto began his creative journey working across a range of artistic disciplines such as furniture and graphic design before finding his vocation in fashion. He graduated in fashion design and pattern making at the International School of Design, Madrid in 2009.
In his graduation year Moisés won the design competition "Una Novia de Impresión" (An Impressive Bride) organized by Canon Spain and Lorenzo Caprile. Shortly after he worked with Kaver van Engelen in the Dutch fashion Bienale and made it to the final of the Triumph International Awards. He then began working as an illustrator for Spanish designer Antonio Alvarado and has continued collaborating since then. He's also designed for other renowned Spanish brands such as Bimba y Lola.
Moisés Nieto's first solo fashion collection premiered in 2010 in "South 36.32N" in Cádiz, Spain. This work won him Franca Sozzani's prestigious international competition "My Own Show". That same year he presented his collection "Baptism" at Madrid Fashion Week A/W2012 and he followed this up with "Root", a collection that saw him approached by the Valentino Group to commission several outfits.
He carried on presenting collections at "South 36.32N", "Museum Fashion Week" in Portugal and "Mexico's International Fashion Week". His latest show "Virginia" won him the best new designer award to critical acclaim at the Madrid Fashion Week.
Moises Nieto currently presents his collections in the official calendar of Mercedes Benz Fashion Week Madrid and sell their collections in Spain, France and Emirates Arab. 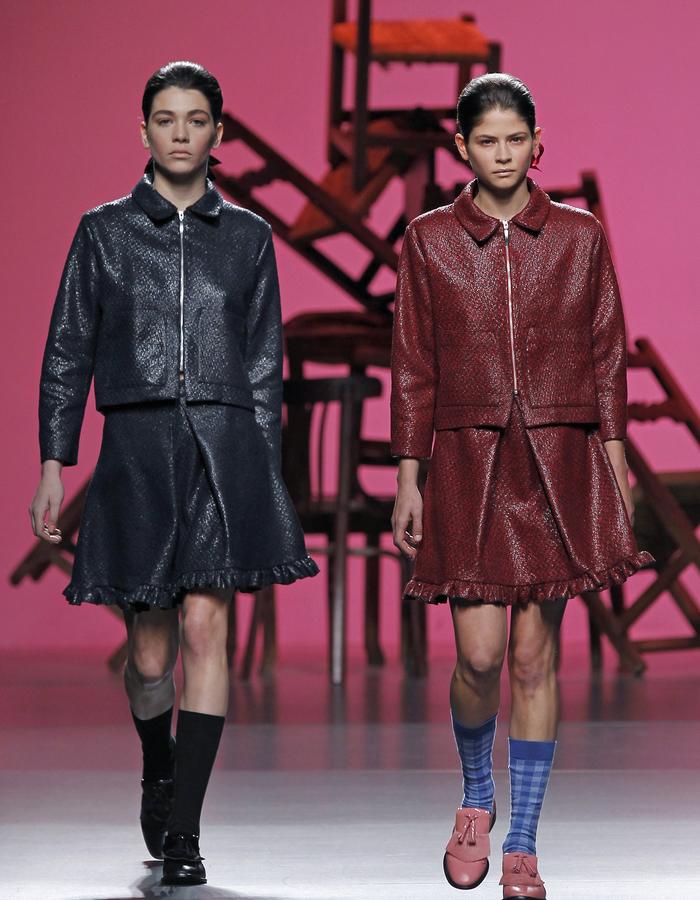