Missak HajiAvedikian born 1983 in Beirut Lebanon.
His father was a sewing machine engineer, while his mother is a dressmaker. Therefore grew up with the sound of sewing machines and enjoyed since his young years the softness of textiles and the beauty of colors. Very fast, he started taking hold of abandoned fabrics to create dresses for his sisters on sly. Soon he realizes that he loves it: he looks for the perfection in the fabric, the cut, the color and decides to devote his life to the love of the cloth.
Missak starts studying fashion design between 2005 and 2007 at Esmod Beirut, one of the most prestigious recognized international schools, where its head office is located in the capital of fashion: Paris. He completes his studies with several rewards.
The young fashion designer looks for inspiration abroad, and travels to Milan, Paris, New York and Los Angeles. He discovers new places, new stories and new ways to wear the cloth or simply live the fashion. He returns from his trip well inspired. Missak the artist is now born and feels ready to create.
Missak draws his inspirations from his Armenian origins and in cinema authors. He has been always fascinated by the fairy tales, grandiose theatrical productions, auteur films and these have become a part of his fashion world, where he constructs the ‘Ideal Beauty’ with bits of his personal fetishes…
Missak’s first collection, “Fractures in Light” is based on a short movie by the artist Lena Yeretzian, dedicated to the famous film director Serguei Paradjanov. While working on this project he matures and expresses his deepest feelings, and reveals all his artistic energy. His collection recounts the stages of a woman’s life from childhood to adolescence till marriage. This theatrical collection uses white and transparent fabrics to dress fascinating and fragile women, like fairy tales’ characters. While working on this project, he realizes how fashion was the language with which he could exteriorize his inner feelings. “This collection was a realization of all the accumulated artistic stamina that was dormant inside of me”.
Missak then takes part in the “Maison Rabih Kayrouz” project, a Lebanese international designer who launches every year young talents of his country. Missak is selected, and presents his ready to wear creations in Mzaar during the famous “Fashion show”. His 2008 summer collection “Gorky, The Artist and his Mother” related to the name of the Armenian born American artist Arshile Gorky finds great success and is sold in the prestigious boutique Starch for Rabih Kayrouz, in Beirut central district with the collaboration of Solidere.
In summer 2009 Missak presents a new collection called “Trchun” (meaning a bird in Armenian). This ready-to-wear collection of top range quality acquired great success and was displayed in the boutique Starch.
Following the great success of Starch Missak launches his creations as an independent designer at “Residence de Linda Sursock” on December 2009, with his winter Ready-to-wear collection under the name “The Boy with the fruit Basket”.
Today Missaks’ designs are worn by some Lebanese and Middle Eastern celebrities and his designs started reaching the covers of magazines hoping that his taste in style and creations reaches beyond those celebrities and aiming for international magazines.
Beside his projects and collections he starts teaching fashion at ESMOD Beirut in 2010…
Taking part in an exhibition under the name Starch your Summer (starch designers 2008,2009 and 2010 came together and showcased their creations at Beirut Art Center May 2011 till June 2011…..
Today, Missak wishes to launch an international career with his own brand. He also has the project to create theatre and cinema costumes. Missak has one ambition for the future: to be the messenger of perfection and beauty, and this young creator could easily realize his objectives. He has all the talent and inspiration for it. 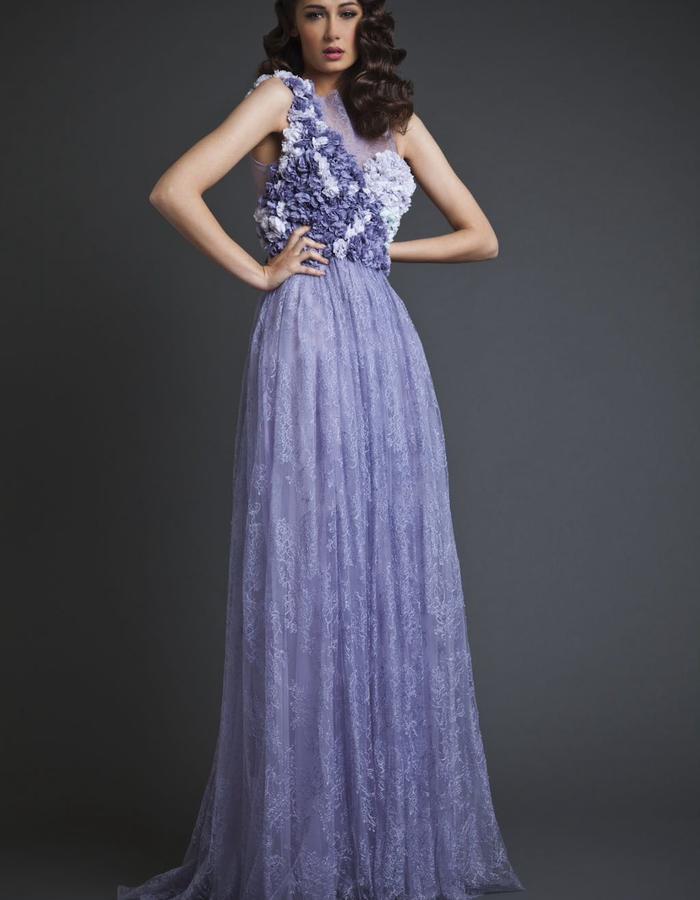