Mert Otsamo is a young, self-taught designer based in Finland. He has received attention and praise for both his original and distinguished style, as well as his skillful tailoring that accentuates the dramatic contrasts of the human figure.

Otsamo's heritage lies in the Finnish Northern Ostrobothnia and Turkey, and from an early age he began making clothes inspired by cartoons and video games. His childhood passion offered an escape from the dramatic challenges and adversity he faced growing up. His upbringing and constant reflection upon the fragility of life has served as a foundation for his work.

Otsamo's first independent collection embodied his signature style, consisting
of intriguing sculptural pieces. The collection was well received and selected styles were made available for purchase in various concept stores in Finland. The collections that followed have gradually evolved towards a more specialized pattern-making and tailoring which has further distinguished his label and unique approach to design.

Despite his young age, Otsamo’s work has gained notable amounts of media attention nationwide. The designer has been featured in international fashion magazines such as Prestige, 125 MAGAZINE and REVS, a young high-end fashion magazine that’s published in 25 countries. 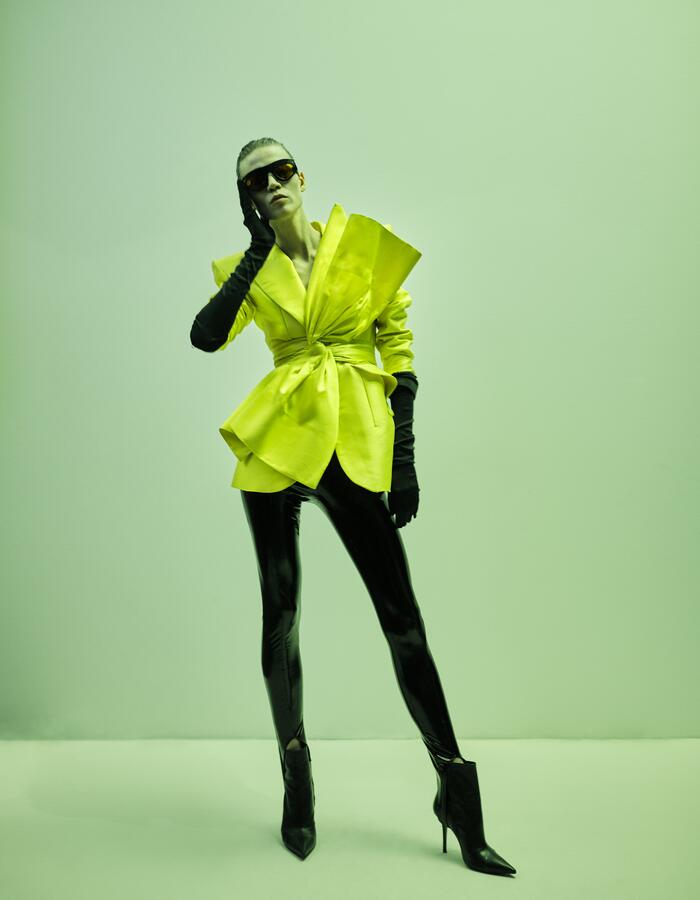 Personal Matrix is inspired by the romanticized view of the past that evolves through time.

discovering the layers within yourself and allowing you to expand the boundaries within.
From soft to hard, dark to light it plays with contrast and balance developing into something vivid and new.

the poetry of our personal matrix lies within its uniqueness and variates from past to future.