My work began from exploring textures that would crease, scratch or weather easily overtime. I started taking pictures of bike messengers, courier drivers and commuters across London, to see how living such a fast-paced life would impact their clothing, the multi-functional aspects and the silhouettes formed from movement. Wanting to focus on the idea of clothing being less disposable and more versatile, I designed multi-functional unisex clothing, with integrated bags.
Some of the garments include a waxed outerwear coat with a detachable hood, reflective piping and adjustable front. The waxed fabric has a leather sheen to it, and notably scratches within seconds of touching it. It is also paired with a knitted garment, made out of a rubber yarn, which can be melted or bonded when it’s pressed under heat. The charcoal coloured yarn is largely comparable to tarr and yet contrasted with soft orange alpaca oversized knit. 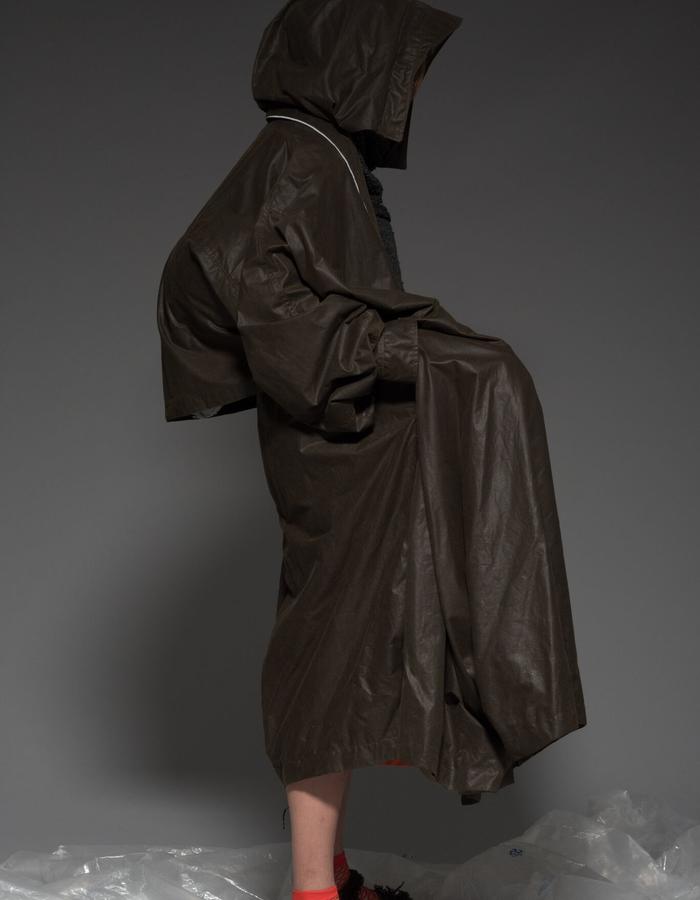