MATTER MATTERS is a Hong Kong-based brand, started by designer Flora Leung. The design concept of the brand is Influenced by Art Deco, Bauhaus and Post-modernist aesthetics from 80s Memphis. Innovative use of contrastingly colored and symmetrical geometric shaped leather for wallets and handbags has become synonymous with the brand and immediately recognizable.
The originality and playfulness earn Matter Matters critics’ acclaim and commercial success.
Since its launch in July 2013, Matter Matters has been covered extensively by international media, including WWD, L'Officiel, Time Out, Vogue, Elle, Elle Décor, New york Times, Nylon, Marie Claire, Now Fashion and Refinery29. Matter Matters' collections can be bought at ANTHOM in New York, Dong Liang in Shanghai, yoox.com and selected stores in more than 12 countries.

The designer Flora Leung is a graphic designer from Hong Kong. Flora Leung graduated from the department of visual communication, Birmingham City University at 2004 and was named graphic design student of the year. She simultaneously worked as a freelance graphic designer and also as art director at advertising agencies. She then attended London College of Fashion and earned her second degree for Cordwainers Accessory Design. She graduated at 2012, and with design ideas she conceived during school, she started her own label Matter Matters, which launched in July 2013. 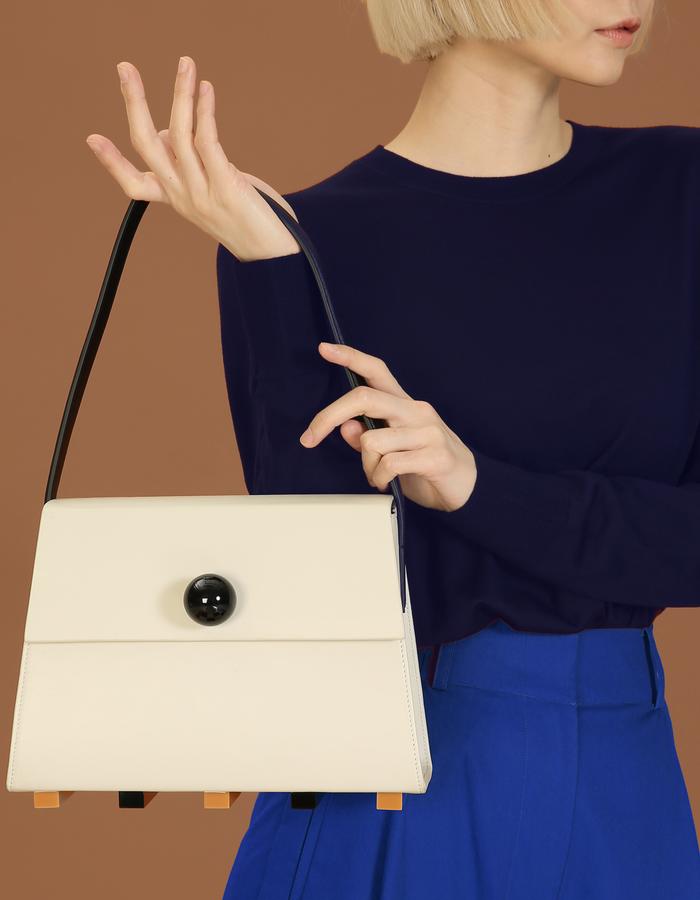