Matija Čop was born in Croatia, where he spent his early adulthood studying philosophy
and competing as a professional athlete. After turning his attention to the visual arts and
fashion design, he devoted his efforts to developing an original approach to fashion
construction.
The resulting process is now the identifying characteristic of his practice: an experimental
system utilising integrated generative design and modelling softwares. These programs
deconstruct Matija's romantic and feminine silhouettes into hundreds of component
quadrilaterals which are then assembled by hand, interlocking piece by piece to realise a
final garment which uses no seams.
Matija's work plays upon the tensions summoned between his cutting-edge, highly
technological process, and the historical and biological references suggested by his
approach to gender and form. The body's capacity to destroy the garment containing it
adds a fertile theatrical tension to the experience for both wearer and observer, with the
threat of disintegration simmering beneath every movement. 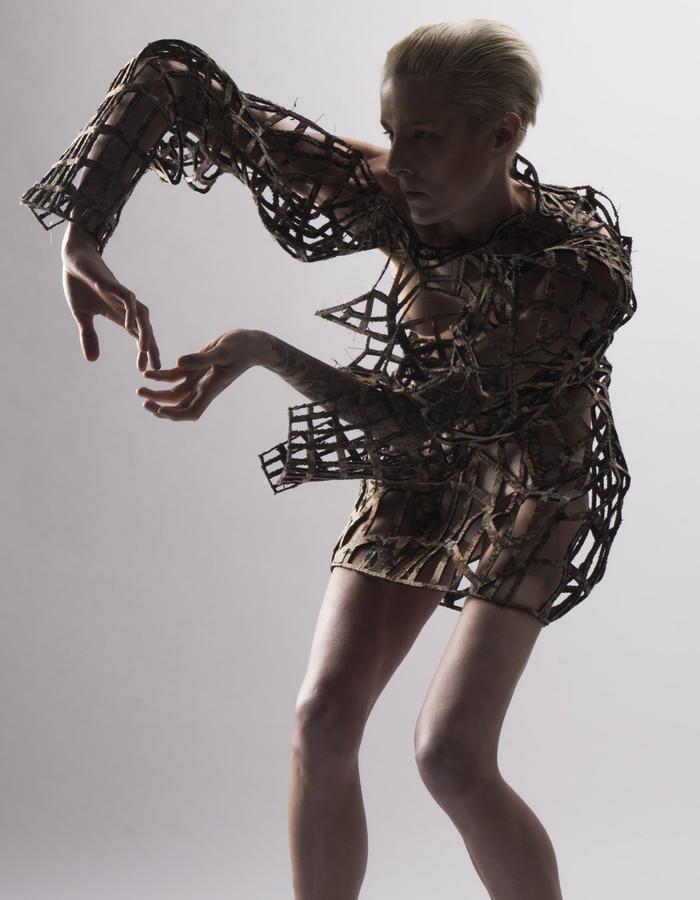