She moved to the United States in 2003 in order to attend Rhode Island School of Design to study architecture. She then transferred to Central Saint Martins College of Art and Design where she completed both her Bachelor and Master's degree. Graduating from her Bachelor course in 2005, Katrantzou switched her focus from prints for interiors to fashion prints. Whilst collaborating with Sophia Kokosalaki in 2006, Katrantzou managed to build up a portfolio for the Central Saint Martins Master Fashion Textiles course. Her first Prêt-à-porter collection was shown at the autumn/winter London Fashion Week in 2008. Katrantzou's graduating show in 2008 mapped out her signature style. It was themed around trompe l'oeil prints of oversized jewellery featured on jersey-bonded dresses. these pieces created the illusion of wearing giant neckpieces that would be too heavy in reality. Mary Katrantzou's first ready-to-wear collection debuted at London fashion week in Spring/Summer 2009, with the support of the BFC and the New Gen scheme. Despite a small collection of nine dresses, Katrantzou picked up 15 prestigious stockists including Browns, Joyce and Colette. Her thematic collections revolve around an object from art or design that a woman would not be able to wear if it were real. Mary has based the collections on perfume bottles, artisan blown glass and interiors while keeping the printed image central to her aesthetic. In 2010, she was awarded the coveted Swiss Textiles award, succeeding Alexander Wang. She is one of the designers of Città dell'arte Fashion. Hannah Holman is one of the better known models who recently walked in one of Katrantzou‘s shows. In November 2011 Mary was awarded the British Fashion Award for Emerging Talent: womenswear and in February 2012 was awarded Young Designer of the Year at the Elle Style Awards. 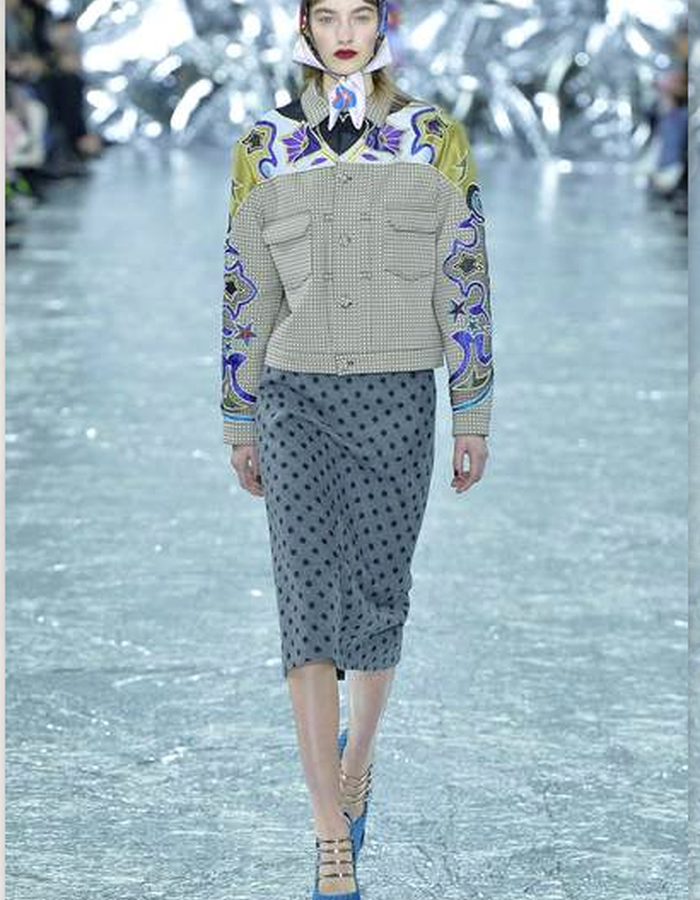