Maria Pshenichnikova is a young Russian designer based in Moscow. She has graduated from Polimoda Fashion School. Maria's clothing brand is called MARP. The name derives from her first and last name and her education history. She studied at MARHI (Moscow Architectural Institute) (graduated in 2012 ) and at Polimoda (graduated in 2014).The idea of the brand is simple: clean lines, laconic architectural forms and aesthetics of art. Since the designer has architectural education, she always thinks about the composition of spots of color, the lines, and the texture. All that becomes the inspiration for the whole range of clothes.
10.10.2015 designer presented the last collection "in the red" in Moscow. The collection is made by hands of the designer from ideas to the last stitch.
The aesthetics of individual image is formed on the basis of the style of constructivism in architecture, abstract art and models of the 90s of the 20th century. Clothing MARP has architectural cutting, geometrical lines, silhouettes are feminine, but with a touch of masculine style.
Philosophy: Clothes should be a natural continuation of human personality. The form and the function are united. 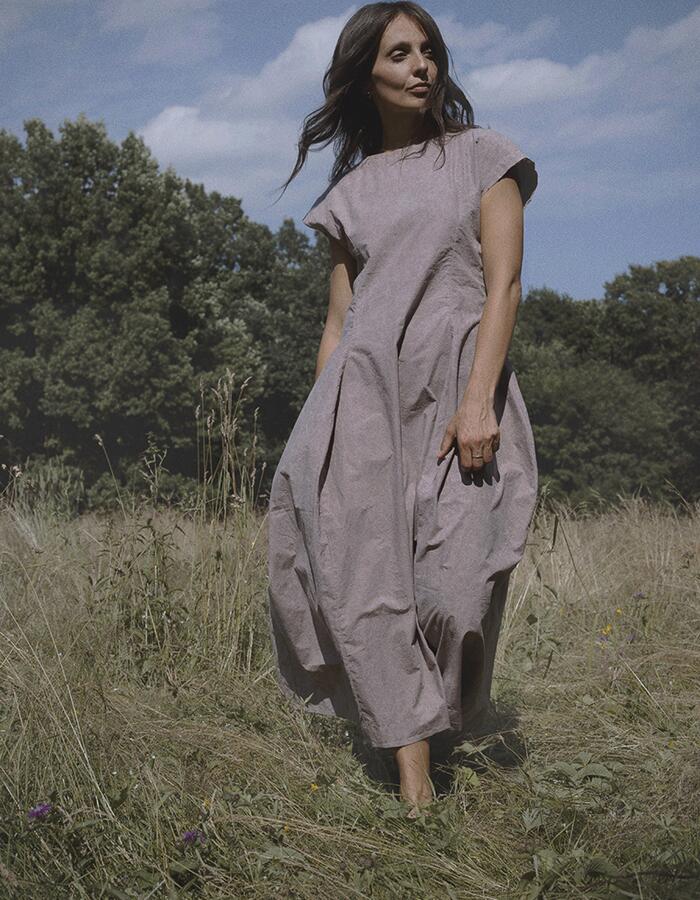 Limited collection - Summer 2020 “In the cradle of sounds” was born spontaneously against the background of circumstances related to self-isolation and the influence of the films by Andrei Tarkovsky. The immersion into Tarkovsky's metaphysics, exhibited in the unity of ideal and real, visible and invisible, mystical and daily, determined the choice of the theme of the collection. This is a kind of attempt to recall the most important thing lost behind the routine. The image demonstrates something that speaks - and not only about itself, but also about something else. By focusing on the simple geometry of the shape, you don't lose sight of repetitive parts from model to model, which is even more important than the general design. This is the philosophy of clothing.
The fabrics with deep, saturated, complex colors, communicating with the volume, remind of the existence of a wholeness. The elementary construction of associations is aimed at establishing the natural harmony of the image created. This is how you feel the philosophy of Andrei Tarkovsky. This is a summer collection and, at the same time, some semiotic prelude to the upcoming autumn collection.
In the meantime, form without thoughts about content.