Marko Potkozarac Feher (Central Saint Martins student) is born and raised in Bosnia and Herzegovina, now London based.
His first collection “ Virdzina”,became the absolute topic of all local media, representing courage, youth and talent as an only bright dot which fashion scene of Bosnia can make worthy of the word scene.
In April, 2014, Marko won the first place in the competition “Perwoll New Generation” among more than 200 competitors. Show was produced as a part of Nivea BH Fashion Week, which was held in the capital of Bosnia and Herzegovina, Sarajevo. Numerous jury members were delighted with FEHER collection for men /women (Androgyny) “Enough” and totally feminine collection of futuristic minimalism, called “Ice Machine”.
Marko presents his collections all around the world, some of shows was on Sarajevo Fashion Week, Vancouver Fashion Week, Serbia Fashion Week, Fashion HR, Month of Design Slovenia, Best Balkan Designer MNE …

In 2014 for first time Marko Feher as a brand has collaborated with brand “Funky Guerrilla” and product is “limited black edition” Funky Guerrilla x Feher.

Collection “Indestructible“ was VOGUE UK published, and it was for first time in history that some Bosnian designer was published in VOGUE. 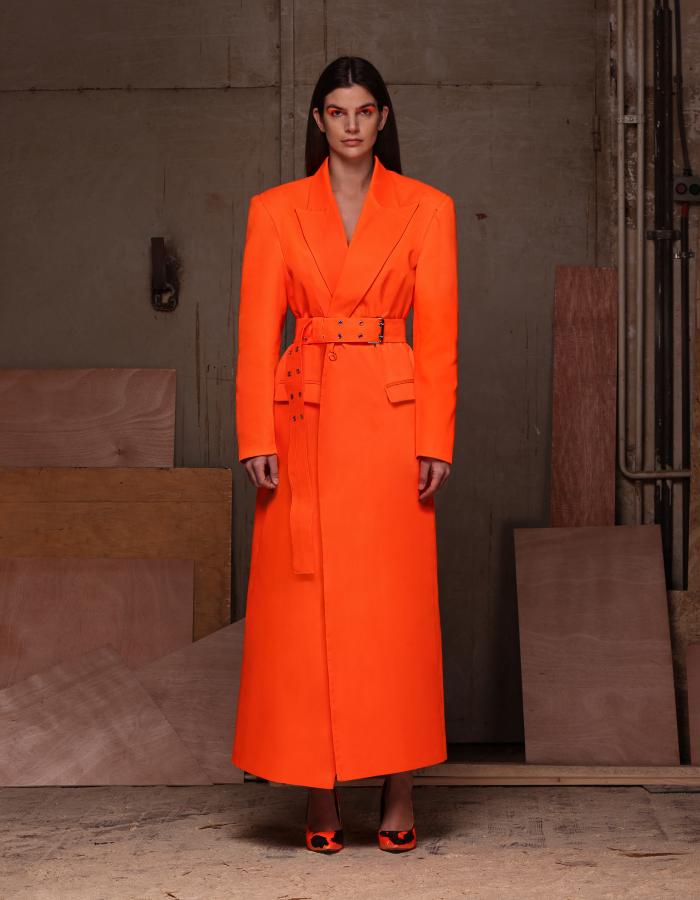 The "ZOI" aka "NO PROBLEM" (NEMA PROBLEMA) collection was inspired by the Sarajevo Olympics, more precisely by the spirit and euphoria of that period, which even today evokes a feeling of positive nostalgia among all the peoples and nationalities of Bosnia and Herzegovina, as well as Yugoslavs around the world. This collection represents a mixture of artistic approach and collective euphoria of the 14th Winter Olympic Games.
With this research, I wanted to use as many associations as possible with the Olympic Games. The research also included artists who participated in the creation of visuals for the OI, especially those who made posters. Some of them are Milton Glaser, Ismar Mujezinović, Andy Warhol, Cy Twombly and Michelangelo Pistoletto. Also, the distinctive orange colour of the snowflake and the snowflake itself (by Miroslav Antonić Roki) are certainly indispensable parts of the ZOI visuals. The silver colour as the only medal won by the Slovenian Juraj Franko was also the only medal won for Yugoslavia, after which Sarajevo was "flooded" with posters "WE LOVE JUREK MORE THAN BUREK". Cy Twombly's poster-making techniques, such as squinting or left-handed writing, also served as inspiration and were used in the collection's prints. "No problem" is the main slogan of the collection, and it refers to a Yugoslav proverb that has been written all over the world.
The German television channel, about a year and a half before the start of the Olympics in Sarajevo, published an excellent report about the preparations for the XIV Winter Olympic Games. Much praise was said about the host city, the construction of the arena, the concept of the traffic system, modern electronic technology and the prospects for good television coverage of the competition. The reporter charmingly informed the watchers that all conversations in Sarajevo begin and end with the saying - "NO PROBLEM!", he repeated it in German and again in our language „NEMA PROBLEMA“ and added: "that's what they tell you when you ask for something you normally expect and when you ask something almost impossible".