MARK BAIGENT creates “gender-free” clothing the brand became known for
minimalistic, geometric shapes, timeless cuts and detailed finishings.
Each collection is a task to create a dialogue between conventionalism
and avant-garde.

Seeing every gender as “only” human and equal the silhouettes become
indistinct and wrap themselves around their host. All pieces are their
own concept and are conducted to perfect craftsmanship, unisex cuts,
clean and simple elements create the unblemished appearance.
Today MARK BAIGENT is designed and owned by Mark Stephen Baigent.
The designer and artist lives and works in Austria and New Zealand.
MARK BAIGENT finished his fashion edjucation in 2008 in Linz.
He started working as Model and freelance stylist after that and worked
in and outside of austria.

Through his job as model he got to travel and connect with
representatives oft he fashionworld and build a network of Buyers,
Photographers, Journalists, Photographers and Models who he still works
with to date. 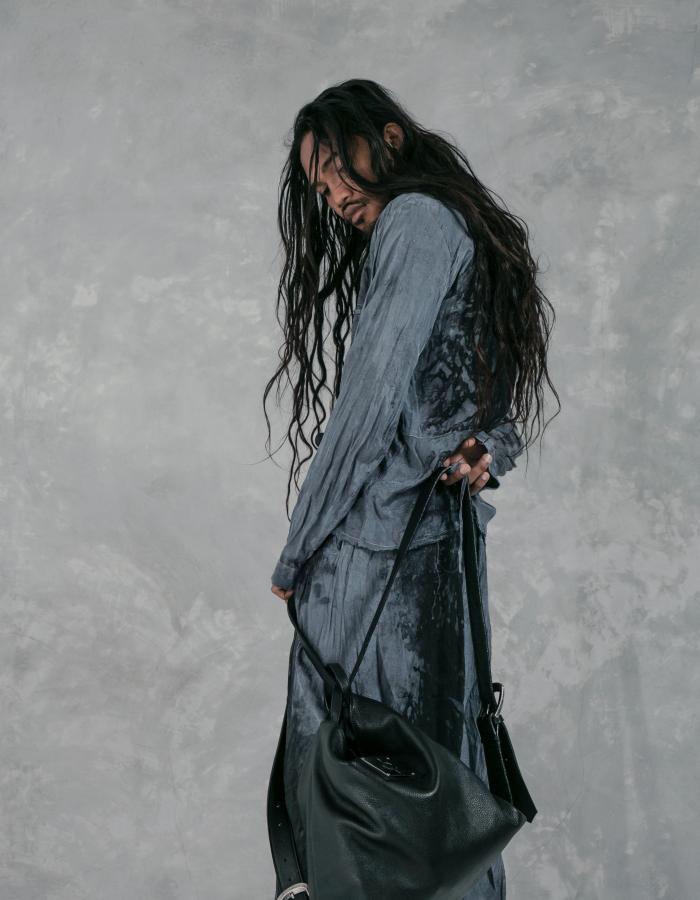 A collection that questions how we see sexual gender and its belonging and seeks the realm of equality towards its identity. Challenging boundaries, deconstructing hierarchies and converting this concept by unconventionally using unique fabrics and paring opposing techniques and materials.

“Gender is constructed by our families, relatives, society, and the media, and as such, any construction can be deconstructed and reassembled in another way. This intersectional approach makes our gender fluid and equal. By accomplishing equality amongst humans, the hierarchy of Gender becomes irrelevant as social status and social superiority.” - Mark Baigent

Baigent demonstrates the vulnerability and fragility within the consistent and omnipresent narrative of ‘straightness’, to create layered looks that appear complex and delicate.
Body narrow silhouettes are used in this collection in styles showing off a 3D slogan print on crop tops and leggings. Faux fur Outerwear and raw edge finishing on button-down shirts and dresses capture the dark Gender neutral essence of the brand, underlining the modern unisex fabrics and flock print combinations.
AEQUALIS reminds us that without ensuring everybody has an equal opportunity to make the most of their lives and talents, there cannot be justice. For as long as people are viewed as inferior or “less than” others, it will open the doors to discrimination, hate crimes, and communities without equality are more likely to experience tremendous suffering and human rights violations.