Within three years of starting her fashion career, fashion graduate Maria Lola Roche has already been nominated for numerous national top design awards. She was named Young Designer of the Year 2012, as voted by a panel of industry experts, including Stellar and Kiss Magazine Editor. In 2013, top Italian designer Marco Vincenzo [Fendi] chose Maria’s design 'Ribbon' as one of the pieces shortlisted for the Irish Peroni Awards. In 2013 Maria secured a place among the ten finalists at the DIT Vodafone Awards and Samsung Awards which had national fashion experts, from fashion editorial editors and photographers on panel.

Her work has picked up an abundance of media coverage so far – including a four page spread in Hotpress Magazine where they called her final collection ‘stunning’ and stated that “We're quite certain you'll hear of that name in the future…Maria has been creating a stir in the Irish fashion world for a while...Her intricate, ambitious pieces have garnered huge respect in the industry. There's a sense of history within the classic hourglass shapes - but also an edgy modernity that make the designs extremely covetable, and very 'now'.”

Maria’s work also has achieved a full-page spread in Stellar magazine and she made the front cover of Inspire Magazine. Her shortlisted gowns have featured in the Irish Independent, The Sunday Business Post, The Irish Examiner, Social and Personal Magazine, The Herald and Irish Tatler. Maria while wearing one of her pieces was deemed by Guinness an artist who portrays the creative talent of Ireland and featured in an international Guinness television advert which celebrated Irish Artists.

In 2014 Maria was nominated top five for the Designer For Tomorrow Award 2014. On the jury was Tommy Hilfiger and other fashion experts, such as an editor of German Vogue, a British Vogue Editor/Stylist, Editor of In-Style magazine, Editor of Gala Men, Editor of Textilwirtschaft, Partner Thjnk, a Womens Wear Daily correspondent and a committee member of Peek&Cloppenburg. 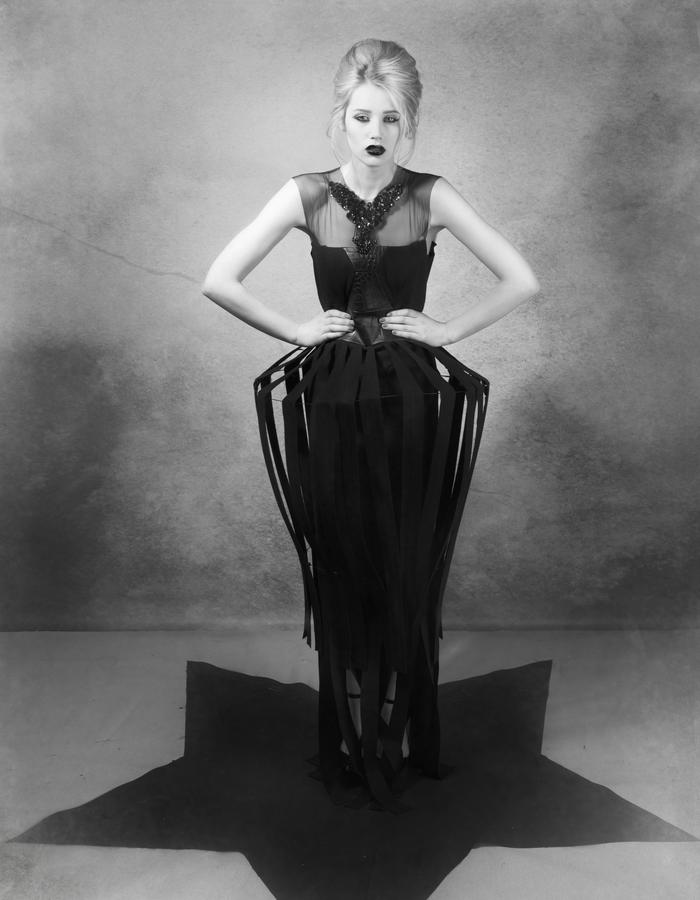 Of her haute couture collection, 'Poetry of Dissection', Maria has said: “With this collection I explored my fascination with the form that all humans exist in till birth to death – a form that contributes to our identity and embodies the abstract. The visual focus was on certain parts of the body, in particular the ribcage. Exploring the ribcage's negative and positive space led me to create contemporary bespoke haute couture designs that push the boundaries of fashion, and become pieces of art instead of mere clothes.”