Mads Dinesen is a Mens- & Womenswearlabel situated in Berlin. Founded by the young Danish designer Mads Dinesen.
Mads Dinesen graduated from the Uiversity of the Arts - Berlin in 2010, and has since then been nominated for several international Designawards with his graduationcollection "Pain is felt by all..."
Before his studies in Berlin, Mads Dinesen worked for several years as a dancer and performer, and now uses this experience in his work with fashion.
DFor more than 10 years Mads Dinesen is active in various cooperations with musicians, photographers, performanceartist and coreographers, and trough these cooperations researching on Fashion as a way of communication, and a carrier of stories and history.
The fashion of Mads Dinesen is situated in the boarder between clothing, art, performance and storytelling and is drawing it's inspiration of the creative scene, not only in Berlin, but all over the world. 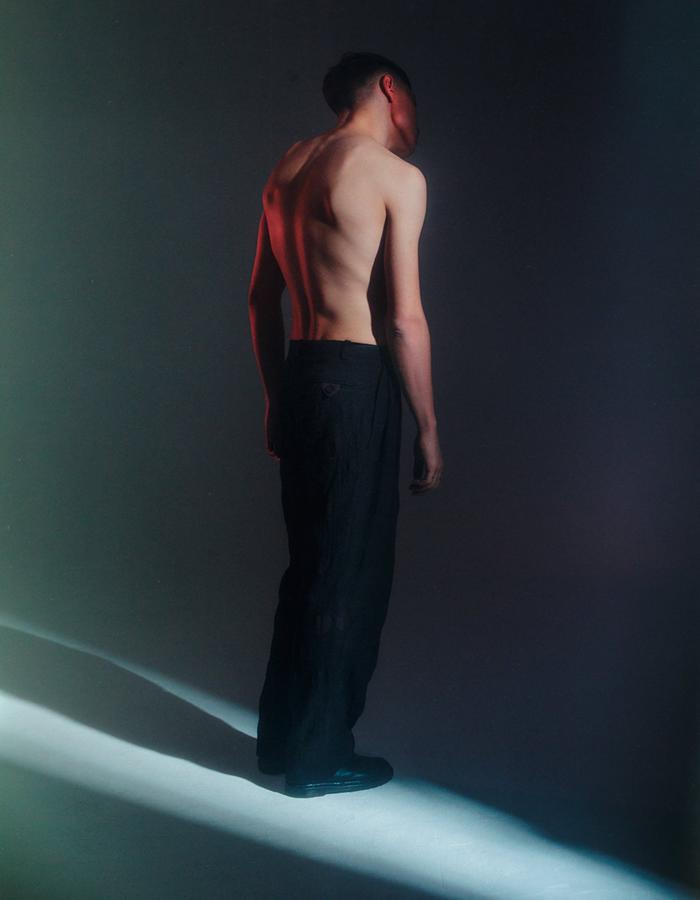