Everything began with the great-grandfather who was a tailor.

Then he inherited from his grandfather, capacity and a knack for sewing.

His passion for clothes took over in the genes my mother, who in his studio making amazing creations. Also, some designs and implements it.

And now down to me ... wanting to follow in the footsteps we went to the same school as she tailors and I started to sew. I think that the "breast milk" also took my passion for art. She grew up in with his brother artist who creates beautiful paintings today and conservator.

Now I want to connect it all ... design, sewing, painting ... creation what I love!

In 2005. took part in an international art competition, "Europaishen Wettbewerb 2005 in Rheinland - Pfalz.

In 2007. has professional practice at the company "Tarnowska clothing."

In 2008. Technical Clothing completed them. Jan Szczepanik, Tarnow with the title of Technician of Clothing Technology and Design School Szczepanik. The creation of the first collection, "Tempting Accent"

In 2009. Her hand-made bag is shown at the exhibition "always at hand. Bags from the Middle Ages to the Present" at the National Museum in Krakow.

In 2011. graduated from the School of Art Fashion Design in Cracow, graduating fashion designer creating a collection entitled "Madame Damier.

"Madame Damier" was honored by the Galeria Kazimierz in Cracow Fashion Awards 2011.

Collection graduation she found qualified for the final international competition of Smirnoff in 2011 in the category of Premiere Vision. 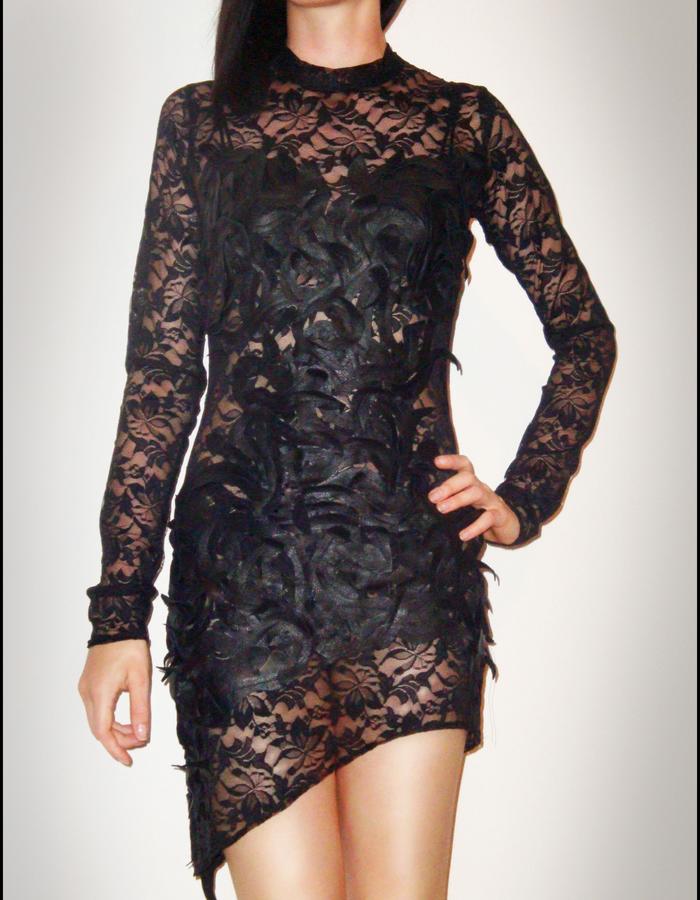 A dress made of black lace sewn on the "snakes" of leather. Size 36/38