Luigi Veccia was born in Caserta. When he was 18 he moved to Roma where he started studying Fashion. He studied at the IED (Istituto Europeo del design) in collaboration with the brand Gattinoni and he graduated at Icei Multimedia in collaboration with Enrico Coveri. As a stylist he grows up in the shadow of the most important ateliers of the roman haute couture.After his studies, he started a long work in the silk factories and in the made-to-order ateliers, and it is from the union of these two big experiences that he realizes to create his own fashion brand.He constantly tries to join the exuberant and passional world of the prints coming from his southern origins with the rationalism and the discipline of the cuts and with the forms of the anglosaxon culture. When he finished his studies he made some long collaborations, for the fabrics, the digital design, and the ready-to-wear creation. His eclecticism let him collaborate both with made in Italy and foreign brands. In 2008 he decides to undertake a personal way, after years of stylistic exercises for other brands, it’s time to make something for his own. The references, the poetics and the suggestions of his personal inventive world it is now real.
The goal of the brand Luigi Veccia is to locate itself in the Demi Couture range, where he opposes an insane attention for the handmade detail, faithful to the traditional Haute Couture, to the ease of the day-to-day life, typical of the luxury ready-to-wear.
In the suitcase of his memories the Mediterranean islands where he used to go when he was a child, the sensuality and the exuberance of the partenopean women, the bright colors and the insolent juxtaposition that he learned looking at the celluloid actresses; then, starting from the Twenties, black and white projections of a colourful minimalism.
His frequent travels, the convulsive search of the design tout court , the meeting with important artistic people, let Luigi Veccia put together a long serie of different matters inside his creations. The armony of the looks that he presents often takes inspiration from apparent clashes, which seems a balanced unicum when they are seen together.
In 2012 Italy Vogue publishes his works, in the Vogue Talents section. 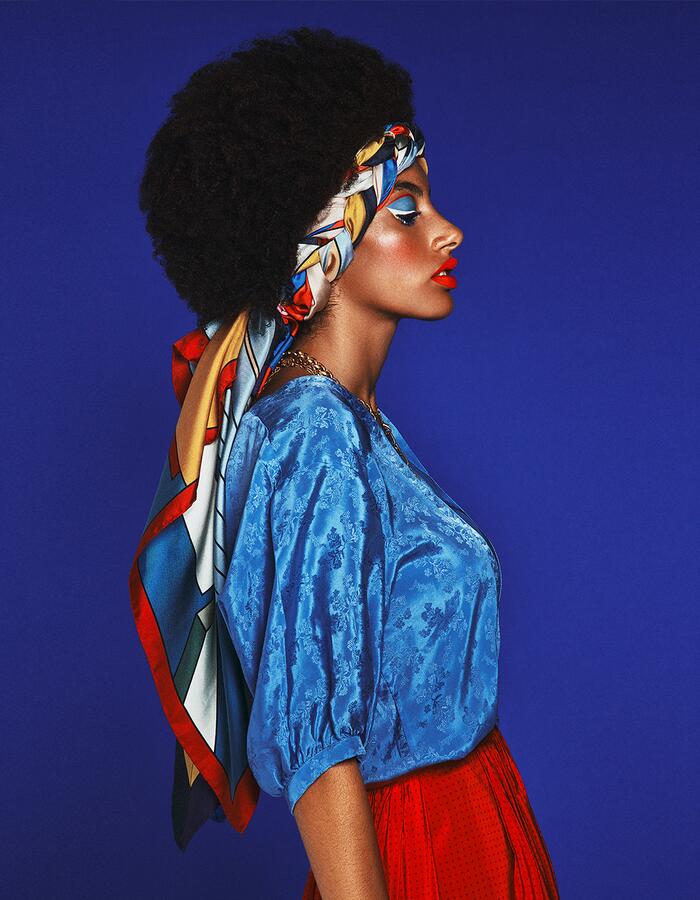 A print for our future