the first collection of LUCAS LION in SPFW talks about the dichotomous clashes between freedom and restraint. Drawing from the Korean experience, which since 1945 has been divided into two ideologies, the designer seeks, through processes of construction of sacred clothing and contemporary interventions that decomposes his austerity, a collection that interprets important conflicts today.

Between rescues and disruptions, the designer collects conical shapes that design fragmented monastic uniforms on cotton modified by chemical processes. Concurring with readings of the sumptuousness of folk costumes, the synthetic fabrics promote the breaking of the tradition that has been permeated by the new languages. There is an exercise in chromatic combinations, plastic colors such as blue and acidic green almost toxic announcing ostentatious tailoring pieces that appear to be in decay. The lost ruins and dialects are remembered in the partnerships with the experimental artists: graphic works in silk and monotype by Natasha Ribas, rocky installations in synthetic colors by João GG, Illustrations by Visão Cega and acessorization by industrial iron hardware by Spider.

Cyclical oscillations return to the scene and prove the need for revolt as the driving force for ascension. The pendular movement is a reaction, a force or forces that point changeable paths and prospect new possibilities 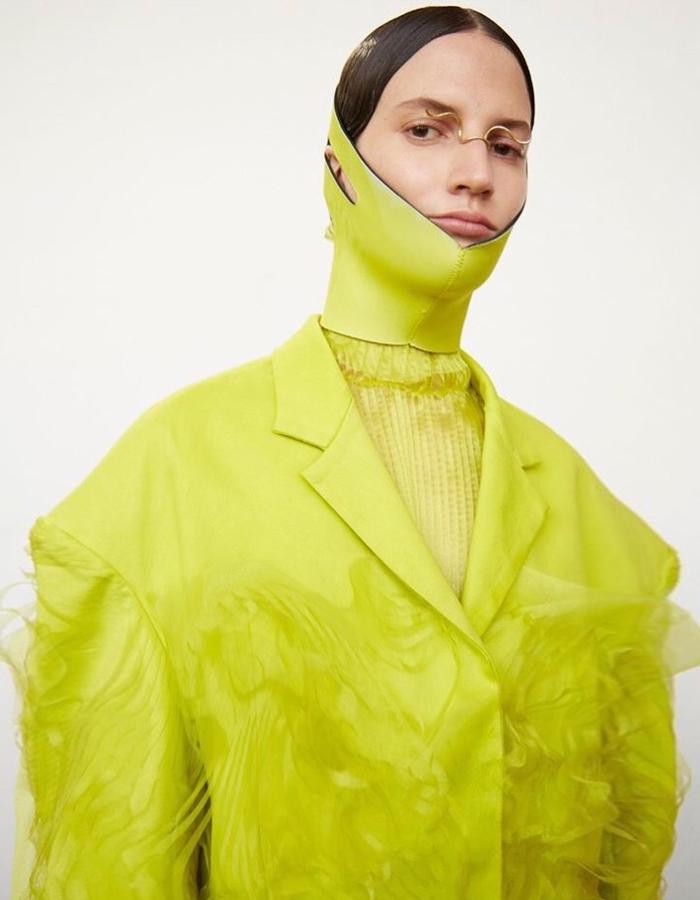 After addressing a crackdown on outstanding articles and resistance to repressive systems in IGNEA, his first parades, Lucas LEAO brings to pass or avoid freedom after times of crisis.
A brand that works with textile manipulation and unique color development on TexPrima technology fabrics will explore the world of digital printing through 3D software and contrast with natural fibers. This collection contains a collection of jewelry produced by NART STUDIO, exploring a view of them as human prosthetics through organic and tribal forms. In addition, there is no development of prints for emerging artists of the Brazilian scene, such as Gabriel Massan and Lucas Guimarães, as Lucas Regal in the creation of boots.
To display a developed brand, along with a Beyond Compare 3D virtual clothing virtual development team, as augmented reality pieces that will be paraded and soon become accessible to everyone, thereby enhancing the user experience.
A collection, which will be composed of three moments, will seek to portray through transitions of nuclei, transformations and utilities, critical criticisms erased from cultural history, breaking old paradigms and emerging a new perspective of the future.
On the breaking and release of bonds, a collection that begins in the unloaded nuclei and ends in the spring of saturations and digital forms that can explore new perspectives of freedom and narrative possibilities.