Leonor Silva is a Portuguese jewellery author. Takes from her social worries to design and create innovative and contemporary pieces that carry a strong message not only to those who wear them but also directed to those that merely observe.

With a History degree and a master in Archeology her love for jewellery drifts from the times where in excavations she was dazzled by artifacts. "Since the beginning of times adornments are worn by mankind. It is transversal to our existence".
Since 2014, and after a degree in Author Jewellery, in Centro de Joalharia de Lisboa, the designer allies traditional methods and techiniques to a creative interpretation of life, generating jewellery hits. WITH A STRONG ARTISTIC LANGUAGE, SHE USES HUMOR AND IRONY TO INTERPRET WHAT IS GOING ON AROUND HER. The result are jewels that, apart from being beautiful and sexy, are distinguished from all the others by the strength of their messages.

on September 2017 Leonor Silva Jewellery was the Winner of the Best Of Portojóia Award - Designer Revelation 2017, marking a very unique position in the Author Jewellery market.
on September 2018 she won the Collective International Meeting – PortoJoia Award, where her work was recognized among the eight best of the 300 represented.

on December 2018 she was awarded by the Korea Jewelry Design Association with the Excellence Designer Award.
on June 2019 participated, as MAAT Museum’s Resident Jeweler, in the creation of an exclusive jewel inspired on museum architecture. “Where The World Touches You” is the ring which represents MAAT building concepted by Amanda Levete.
on October 2019, it was the highlight of the “Milan Jewelery Week” and the cover of the Artistar event that decorated in Milan on the same date.
on December 2019, she was awarded at the 19th International Jewelry Design Contest in South Korea by the Korea Jewelry Design Association with the “Designer of Excellence” award.

on 2020 was selected from 458 artists from around the world to be in Shanghai at the “Growth and Evolution International Jewelery Exhibition”, a contemporary Jewelery event that featured 150 artists to share their vision of the place of jewelry in the body and in the world.

Leonor Silva Jewellery is currently in MAAT Museum and in several Art Galleries in Lisbon in Portugal. In those places the most iconic pieces can be seen, such as “Happy birthday Mr.President”- an ironic vision about Mr. Trump. 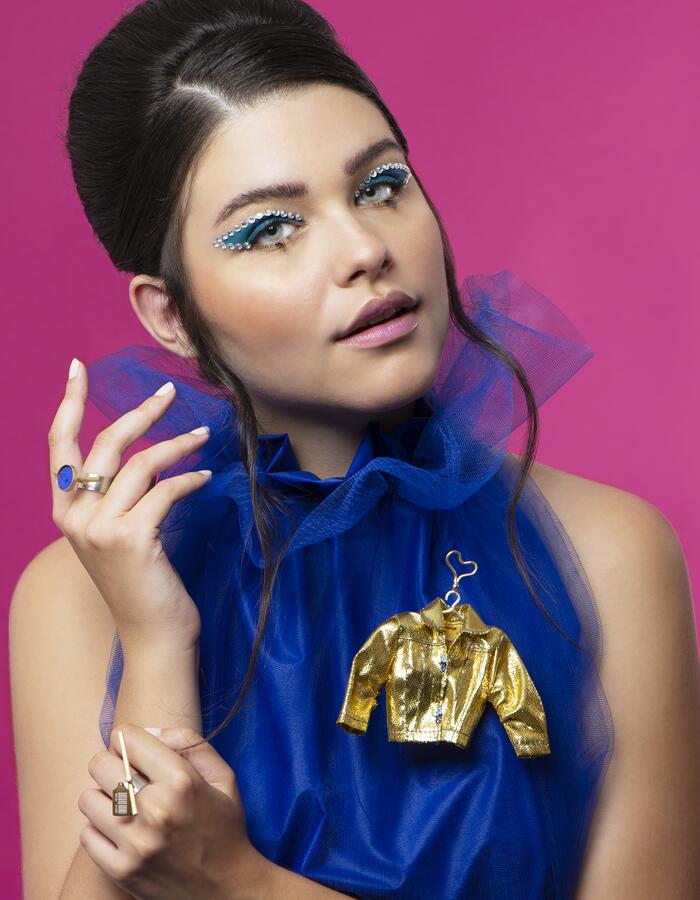 The beauty stereotypes and the irresistible world of Styling in defining the standards of perfection.