Leonard Wong was established as a brand name in 2013. I wish to communicate to the world my view of it through the fashion media. To break out of conformity I first absorb the traditional styles but always create something new that holds the intricate balance between the two. Whatever the fabric I use, I want my clothes to be minimalistic but have a strong impact. I aim for the refined fashion. I was awarded Tokyo up coming fashion designer Gran prix 2012. At the same time I was also awarded with the Ministry of Culture award and Air France award. In 2013, received Bunka Fukusou Gakuin contest ladies section. In 2013, Bunka Fashion College Design Award. Times are changing. It is a never stopping process that develops and metomorphizes. I hold a high regard for tradition, for without it our world would not have grown into what it is now. After absorbing the classical traditions, the future appeared in my mind. A human beings urge for adventure cannot be suppressed, thus I chose to break away from tradition. From the ruins, a sapling can at last grow. A new way of thinking, a new notion, a new world. 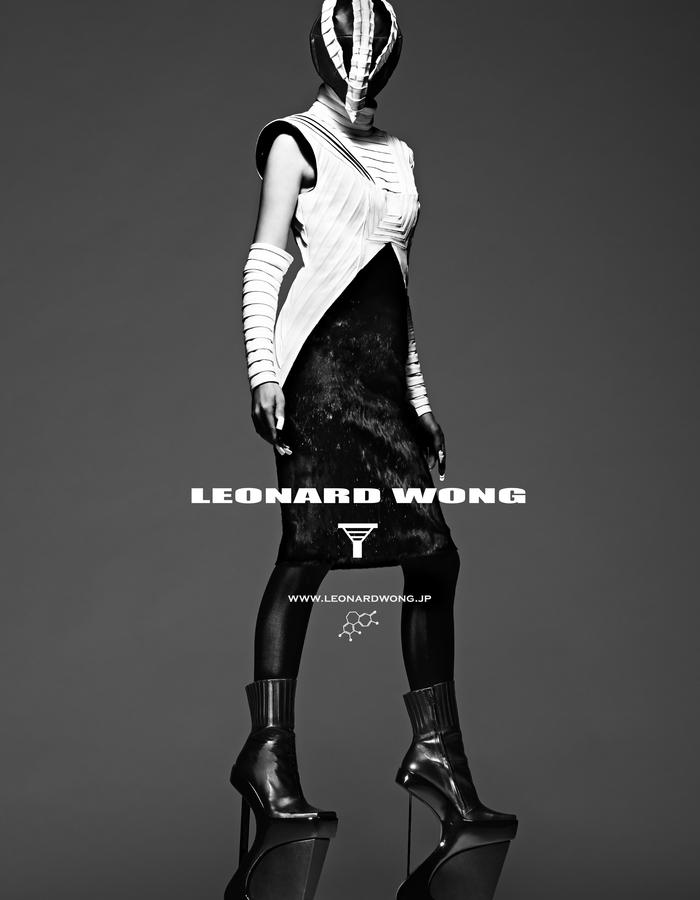 Mutant cells exist in every generation.
Whether they thrive or perish, depends entirely on the needs to survive in the current environment; Natural selection

“Natural Selection almost inevitably causes much Extinction of the less improved forms of life and induces what I have called Divergence of Character.”
― Charles Darwin, On the Origin of Species by Means of Natural Selection, Vol 2

Dissecting and analysing from the very bases, to continually create and re-create the perfect form of "Evolution", LEONARD WONG sweeps you away to his new world: His Laboratory.