As the daughter of a New Yorker Broadway actress and a german stage manager, Layla Mueller’s childhood took place behind the scenes of a huge cultural industry. That is where her enthusiasm for costumes and fashion began.

In 2014 Layla gathered extensive experience in the New York fashion industry. The fashion metropolis inspired her to many new projects and awakened in her the desire for new stations outside of Berlin. As a result, she completed an international semester in Finland at the Helsinki Metropolis in 2015 and at the same time took the position of Assistant Producer at the first Helsinki Fashion Week.

Recently, she was working as a “designer in residence” at the Berlin design studio “ElektroCouture”. There she developed her “The syma line” collection using innovative design techniques. The first prototypes were presented at Fashiontech during the Berlin Fashion Week in January and July as well as further national exhibitions. She created the dance costumes for the innovative dance theatre “re_show”. Furthermore, she created an eco-friendly jewellery collection which is available in local retail. 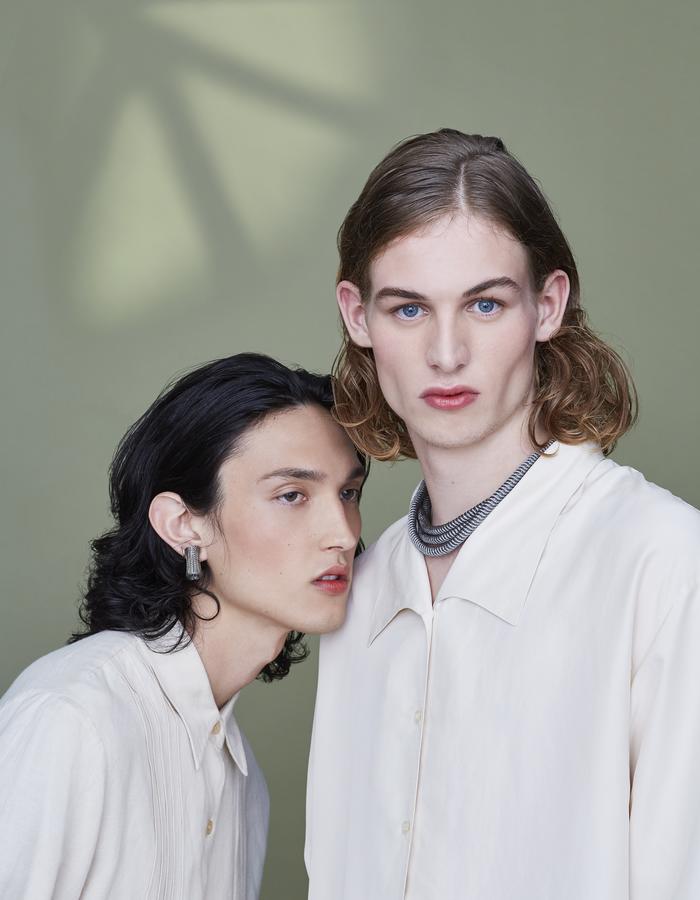 Duality - Knothingelse is a unisex jewellery collection. Minimalistic and Sustainable.