LAVIATE is a label founded by the twin designers with Greek origins; Eirini and Dimitra. Both, after graduating with a BSc in Bimolecular and Genetic Science, moved to London to study Fashion and Arts at Central Saint Martins. They were both successfully accepted at the BA Fashion Design with Print and Knitwear respectively. During their journey they assisted young designers who worked at big labels including Gucci and Chanel.

The twin designers’ work was awarded with the ONES TO WATCH by Fashion Scout London and their SS19 catwalk was presented during London Fashion Week at Freemason's Hall.
Their pieces were shooted in Milan with the photographer Clara Giaminardi and Giovanna Battaglia as creative director as a selection of the stylist Elisa Zaccanti for Cabana Magazine and they have collaborated with several stylists for METAL Magazine, Knots Magazine as well as published by Lucy magazine. In addition some of their pieces worn by Maria Kstani and have been photographed and published by Evening Standard and Tatler.
Also, their work has been published in Vogue Italia and advertised on the British Vogue. Mindly Journal featured their work as well as SSAW Magazine, photographed by Sarah Moon in Paris. Their outfits have been selected for the “Madam Butterfly” installation at Royal Albert Hall, in London and finally in 2015 as designers they have received the First Award of “Design Development and Special Textures" and prize reward from Universal Pictures.

Besides their studies, they gained industry experience at Mary Katrantzou in heavy embroidery and at Yorgos Eleftheriades in tailoring. These skills along with their strong interest in hand drawn digital print and knit, are a strong characteristic of their own work. Bold silhouettes, romanticism, as well as atmospheric designs are what can describe their creations in a simple manner. All in all, the designers’ work aims to celebrate luxury combined with elements of contemporary style. 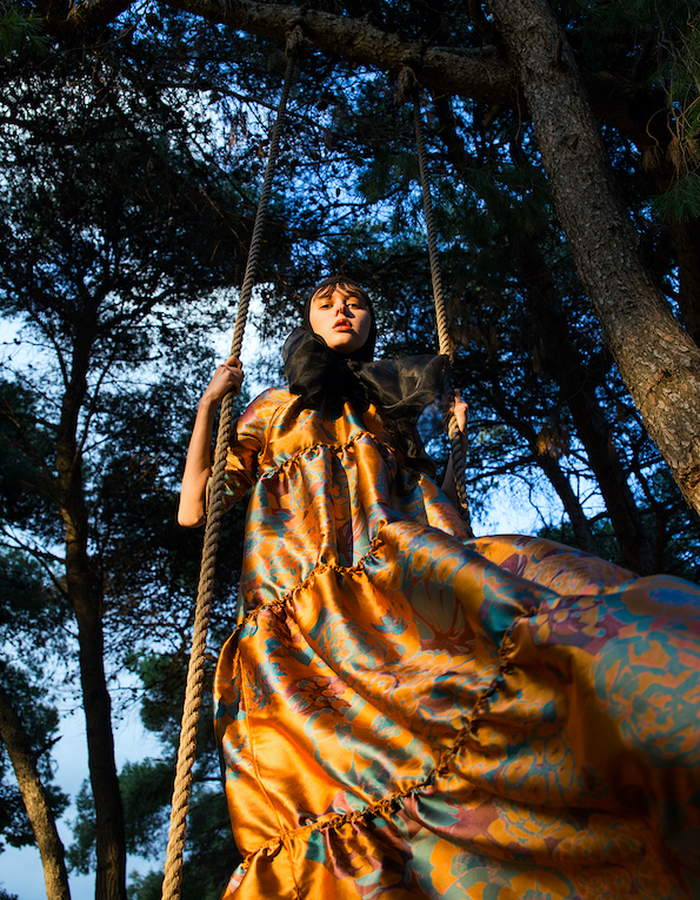 The fairytale of the perfect symmetry that derived from the power of Nature has stimulated the imagination for creating the Autumn Winter 2020 collection. Light and warmth, forest trees, singing birds, misty rivers and the mystery of the deep seas inspired the collection guiding to use natural materials and colors accumulating the season’s everlasting energy.