Name: KATIE (ROSE) WILKINSON
AGE: 22 (ORIGINAL < 90'S (1990) > CHILD)
STAR SIGN: AQUARIUS
Degree: BA HONS FASHION DESIGN (SANDWICH)
Btec FASHION DESIGN
Intrests: ALL THINGS WEIRD AND WONDERFUL
>: WORKING THROUGHOUT THE FINAL TWO YEARS OF MY DEGREE LED ME TO BECOME A DESIGNER IN MY OWN RIGHTS,
FROM WORKING WITH PRESTIGIOUS COMPANY ALEXANDER McQUEEN THROUGH TO WORKING FOR A SUPPLIER IN THE NORTH WEST 'LIAM DAVID' HAS ALL LED ME TO ENHANCE MY DESIGN CAPABILITIES AND TO CREATE MY >
-FINAL COLLECTION-
BEING GIVEN THE CHANCE TO CREATE AND ENDORSE MY OWN COLLECTION HAS BOTH CHANGED ME AS A DESIGNER AND AS A PERSON I NO LONGER KNOW BOUNDERIES WHEN IT COMES TO DESIGN - I TAKE GREAT CONSIDERATION WHEN SHOWCASING MY WORK AND ABILITIES >

Junior Assistant Designer, McQ Alexander McQueen. Spring/Summer 2011
Whilst taking this placement on for originally 4 weeks, during it they asked me to stay until I had to return to university for my finals which ended with
being a 4 month placement. When i started my time here they were into the second successful season for the McQ accessory brand, In which they were
now producing bags, shoes, jewelry and belts. My role was to assist the head designer in CAD which is initially what I was taken on for. I helped with
colour ups, specs, cad design and conversing with the factory and any other CAD based work. I also worked on set when the accessory look book was
being photographed and issued. When I joined the team they were mid season so I was able to see most of the process including the final product.
However after everything was finalised on the design side I was then able to start on the research for the story of A/W 12 putting together mood boards
and research packs to be presented to the creative director for next season. When the accessory team became quiet I was also on hand to help out with the
mens/women’s wear design teams assisting with samples, research, mood boards and general assistance.

Junior Designer, Liam David (Splitvision) Ltd. 2010/2011
Whilst working with this team I was able to assist with print placements and sizings, converse with factories regarding shipments and problems, order
and maintain stock allowance and assist the garment technologist with her work. Including toile process, pattern cutting and fittings. After spending 2
months purely on this team I joined the design team where I was taught how to spec professionally in order for it to be sent out to factories including
measurements, materials, graphics and detail. I created and assisted with graphics and colour ups for the children’s wear high street brand BHS, also
designing there winter story mood board for 2010. After working with the BHS team I then was able to join the Republic and Miss Sefridge design team,
here I learnt a lot more about detailed specs as the clothing was detailed womenswear, I became a confident and proficient user of Illustrator. I was then
given the chance to create four graphics that were presented to Republic for T-Shirts two were bought and put into perspective production, This then taught
me a broader knowledge of photoshop in which I also became confident and is now my chosen choice of program for design. I also helped with all the
general assistant design work research, mood boards and buying trips.

Gabriella Handbags Spring/Summer 2010/11
Assisted with styling and support during recent photography shoot for her Spring/Summer 2010 Catalogue, and during 2011 worked on her new collection
as a designer sourcing new trends, colours and styles then creating CAD designs to send to the factories. 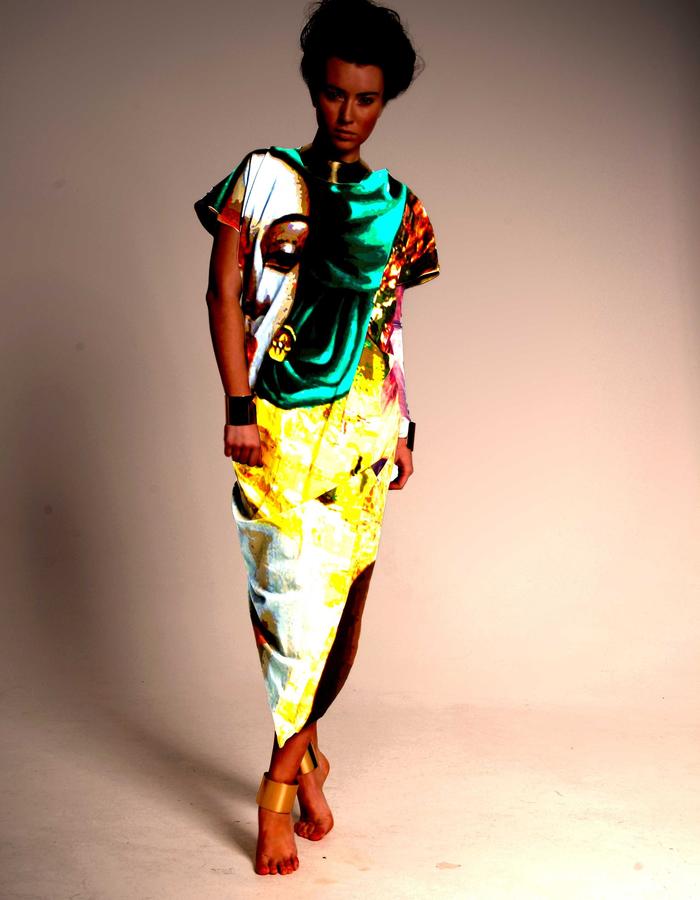 A COLLECTION INSPIRED FROM PAINTINGS ASSOCIATED WITH BROTHELS - RESURRECTED FROM SKIPS - I WAS HEAVILY INSPIRED FOR SILHOUETTE SHAPE BY COLLABORATORS AND 80'S LABEL 'BODY MAP' - TO HEAR MORE CONTACT ME.