born and grew up in yokohama, japan
graduated from central saint martins ba fashion design with knitwear in 2016
selected one of Top 6 Central Saint Martins BA Graduates of 2016 by business of fashion
launched kota gushiken in tokyo since 2017 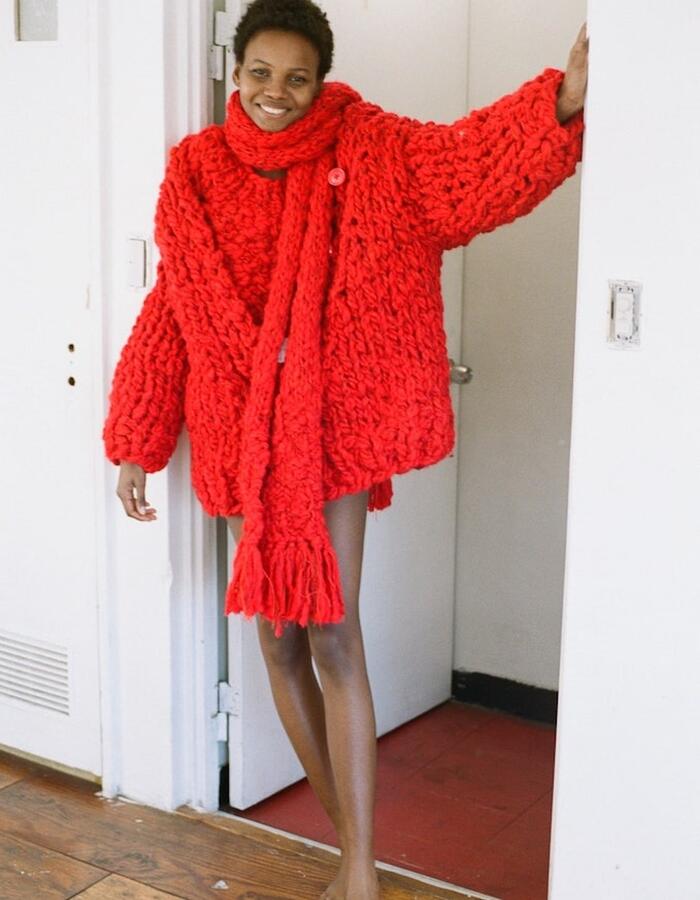 Jazz is a musical genre which is a mixture of Black music which came (or were taken )from Africa to America and White music.
I thought this type of crash between different cultures was an essential to make something new.

One of my friend who is a graphic designer was talking about Japanese high school girl’s culture.
In 90s, a pair of very long socks called loose socks ware very popular in Japan.
And according to him, loose socks were originally a pair of socks for climbing. But high school girl found them, and make them long, loose, and finally it became something totally different.
This type of making something new was not a crash between different cultures, but something which evolve, ferment in a close community and finally something new was born.

It was a shocking moment when I heard this story because I believed that a mixture is the key to make something new. So I made a collection based on this Japanese high school girl’s culture vibes, like the Galapagos.

So I designed totally different items with using the exactly same yarns for them.
Or the same ideas from the past collection, but using different techniques or understanding the idea from different perspective.
I designed the collection like that.

I tend to stay in the studio while making collections, and made up the title called “staying in”, and the world became like this now.
I really wanna go travel now.

I pray your physical and mental health.