Born in Venezuela, within a Portuguese family, Katty Xiomara moved to Portugal at age 18, settling in Porto.
In 1997 ends the Fashion Design course at Citex (now Modatex), where she currently lectures
Fills the fashion week calendar in Portugal since 1998. Earlier in her career reconciles the evolution of the brand with other projects in such diverse areas as children's clothing, uniforms, theater, TV, music, dance and graphic arts.
In 2000 designs the costumes for the adaptation of the play La Divine Comedy of Dante Alighieri with Jean Paul Bucchieri choreography at Centro Cultural de Belém in Lisbon.
A year later registers the trade mark, but only ventures in Internationaly in 2005.
Katty Xiomara's name treading the catwalks of Paris on several occasions and participates regularly in International trade shows.
In 2007 opens her shop atelier in an old townhouse located in the emblematic Rua da Boavista in Porto. in 2012 receiving the official visit of His Excellency the President - professor Anibal Cavaco Silva, in the framework of the visit to the creative industries of excellence.

Since September 2013 presents its collections at Fashion Week in New York.
In 2014 awarded the Silver Winner award by the IDA "International Design Awards" and in 2015 repeated this feat to bend, as well as a new Silver Winner was awarded an Honorable Mention.
The corporate image was recognized and awarded by the American magazine HOW and her work has been published in several international editions. 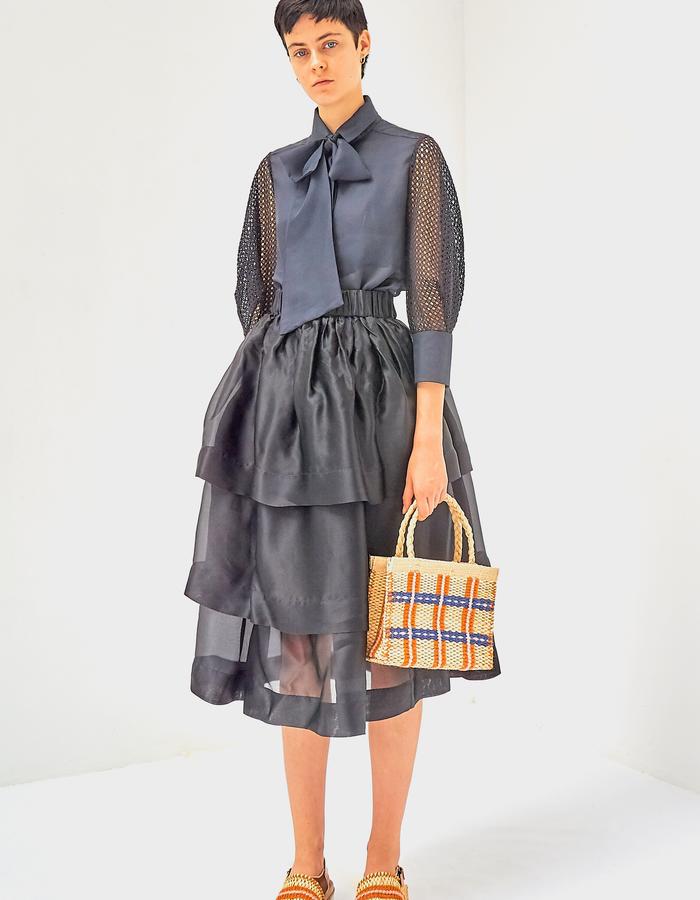 A later on,
or a continuous now...?
Ironically today, although being more connected, we feel more disengaged from emotions and affections. We feel the need to communicate in a common language and at the same time unique and individual. We live constant contradictions and, in the search, to give meaning to these contradictions some seek codes. This SS20 collection does not reveal a new code or a new language but draws inspiration from this need. We represent the woman's the figure as a totem, exploring its essence -create, nourish and transform- naturally represented by circular movements. In the circle the beginning is also the end, the circle is life and thus, the after now does not exist, is a constant.
One of the great goals of design is to find an aesthetically appealing solution to a specific problem, at the end it's about functionality. The point is, when we talk about fashion, the aesthetic importance often overlaps functionality. Although unconscious, I realize that there is some creative snobbery in my thinking process, because the collections are told through stories that tell me something, I believe that this is what confers personality to the brand. However, I now realize that this process sometimes prevents me from exploring more realistic and functional aspects. The problem we all must solve will soon become a requirement, I would rather to learn serenely to be more functional than to be obliged to be. I do it in a constant effort, reformulating some methods, optimizing the shapes, materials and thinking about the life cycle of the garment.
This is my story of ours after now, that is more abstract in form and more concrete in function; and intends to interact directly with "our" personas.