Sofia karakousi is the designer behind womenswear label KARAKUSI. Having grown up in Athens, Greece, influenced by her family’s entrepreneurial background in design and fashion industries, Sofia’s affinity for clothing began early on. After completing her first degree in fashion, the young designer moved to London to farther her formal training. Sofia found early success when she was selected to present her final collection at London fashion week.

The designer moved to gain valuable experience with Alexander McQueen, Peter Piloto and Roland Mouret, allowing her to be exposed to many great talents and to develop her own skills, which later led to the launch of her own label KARAKUSI.

Sofia has found a balance between method and spontaneity; both as a doer and a dreamer. Her value for authenticity arises from the courage of the individual and the poetic nature of circumstance and experience.
Her abstract, conceptualist approach with intricate leather detailing and strong shapes and silhouettes provides a window into sofia’s imagination and vision. 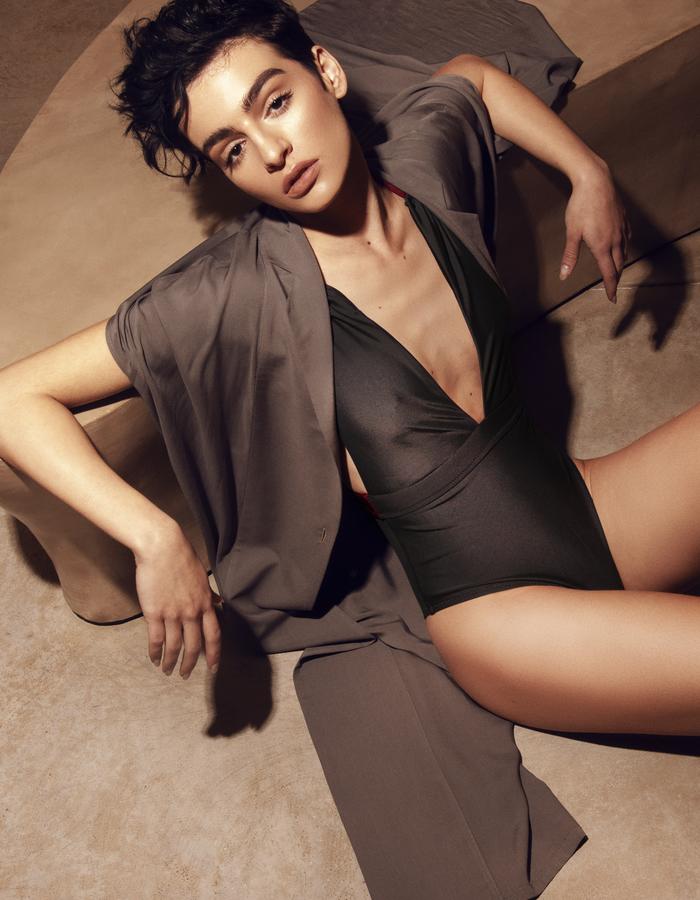 Concrete emotion is the new resort collection for KARAKUSI SS19 .
Analyzing informations , search for patterns to test the use of a two phased state of mind. Distort flowers connect with the minimalistic mood.
abstract shapes and emotions flow beautifully for this summer, in a combo of colors and distort patterns .