Jordyn Smith graduated from RMIT University with First Class Honours in Fashion Design (2019), and has previously completed an Associate Degree in Fashion & Textile Merchandising (2015). Throughout her university career, Jordyn has been awarded multiple times for academic excellence, and for engaging and innovative studio projects. In 2018, Jordyn was one of only two recipients of the Jack Ward Scholarship offered by RMIT.

Since completing her honours degree, Jordyn has been nominated for the Australian Fashion Foundation Scholarship 2019, VAMFF 2020 Fashion Film Awards, selected for the VAMFF 2020 National Graduate showcase, made finalist for i-D International Emerging Designer Awards, and awarded the Grathlems prize from RMIT. During her honours year, Jordyn was also a finalist for Melbourne Fashion Week’s student designer award, and was provided a scholarship from the Australian Wool Education Trust for her commitment to using wool in her final collection.

Over the course of her studies, Jordyn has developed her practice as narrative building through both community practicing, assemblage, and collaging to create enigmatic pieces, inspired by found objects. This method which Jordyn fondly refers to as “Frankensteining”, has allowed for a unique undertaking of sustainable practicing. Jordyn wishes to relocate overseas to continue to develop her skillsets, in order to one day return to Australia and connect local practitioners with international networks, helping the Australian (and local community) fashion industries grow and evolve.

Jordyn has also been included in several group exhibitions; Point of Departure, RMIT Fashion Hub (2016), Sleepwalking, Haptics Emporium Gallery (2018), & So, Sow, Sew, RMIT Fashion Hub (2018). Alongside this, her work has also been steadily published in online journals such as Contributor Magazine & Sukeban Magazine, as well as published in hardcopy magazines such as Fashion Journal & Vulkan Magazine.

Jordyn currently practices outside of Melbourne Australia in her small hometown, Ballarat. 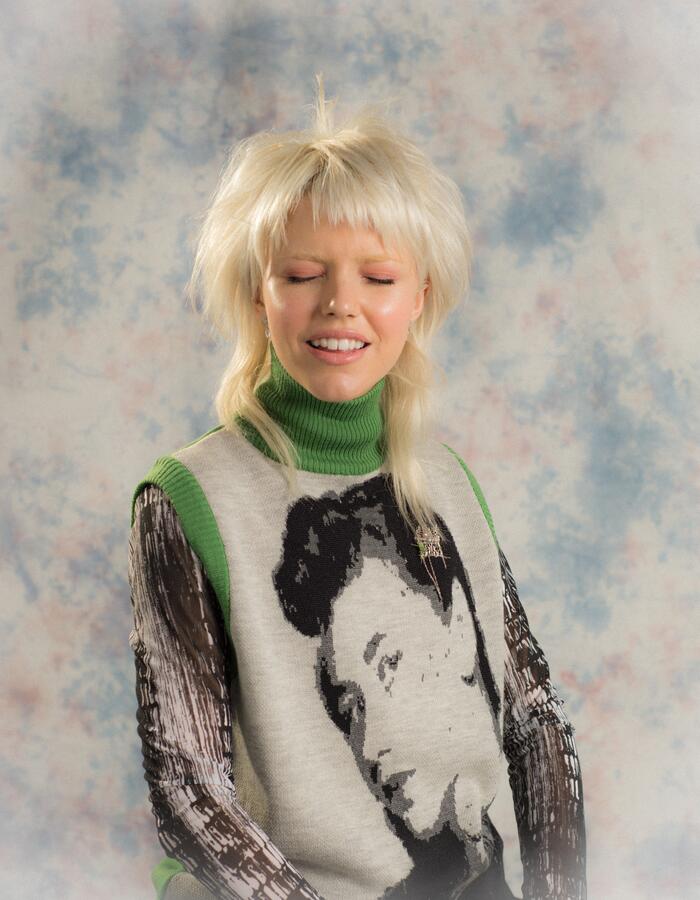 Fashion’s Prometheus is a collection based on the assemblage of a range of found objects and imagery. This purposeful collecting and curation method is used as a way to creatively engage and repurpose once forgotten memories and items. Past narratives are embodied within these objects and images, and by actively curating them, these prior ‘narratives’ can be woven into a new story to be told through the garment. Each silhouette was developed through combining found garments that were then repurposed as a method of passive and active design development. The silhouette outcomes were then remade using vintage, deadstock, and sustainable fabrications. Print development and the prints featured throughout the collection have been lifted directly from a small collection of found images the designer sourced at the beginning of her honours year at university. The lives and stories of those held within the faded photographs have been given another life within the garments, adding personal and direct meaning to the pieces. This value adding to garments is seen as a way to ensure longevity and extended life in the wardrobe of those who wear the pieces.

Living in Ballarat and commuting to Melbourne for university has meant for a need to make creative connections more accessible, and I am very fortunate to have been able to collaborate with a variety of manufacturers and suppliers within my hometown. Working directly with places such as Interknit (a knitting mill that uses only Australian merino wool and has been in operation for 80 years) to reproduce some of the collected imagery as knitted panels on scarves and jumpers. Purchasing vegetable tanned leather and sheepskin from Greenhalgh Tannery - a tannery which has operated in Ballarat since 1865 and is one of the only remaining in Victoria. To working with a newly established local jeweller Georgia Morison to create a range of jewellery to accompany the final collection. I am in a unique position when it comes to utilising local production and fabrications, and it is part of my individual practice which I believe encompasses the idea of ‘community’ and collaboration at the heart of it.