Jonathan Christopher Celestial Risher is a menswear designer who is graduated from the Willem de Kooning Academy in 2009, within his studies he did a seven months internship with Dutch menswear designer Francisco van Benthum.

With his collection Deconstructable Gender he was nominated for the Drempelprijs voor vormgeving in 2009 (award for the most talented graduates of Rotterdam), as well for the Talent of 2009. Hofwegen won the Public award during the First View Show in 2009.

After gaining his bachelor degree he did an MA fashion design at ArtEZ Fashion Masters in Arnhem, from which he graduated as part of Generation12. With his collection, called Personatus, he was chosen by Marc Jacobs to be one of the five finalists for Designer for Tomorrow by Peek en Cloppenburg during Berlin Fashionweek.

The same collection ensured him a place as one of twelve finalists for Knack/ Le Vif Fashionweekend, showing his collection in Brussels. After which he joined his fellow graduates to show the collection during Amsterdam Fashionweek.

After gaining recognition with his collections, he showed and had expositions with various collections in countries like Germany and Hong Kong. He styled Dutch and international celebrities as comedian Jandino Asporaat and singer-DJ Emika during her world tour and release of her album.

Last year he was awarded Young creative entrepreneur of 2013 in Rotterdam and got the Henri Winkelman award. In 2014 he won the fist global denim awards. And in 2015 he won the european regional Woolmark Prize, and showed his collection beginning of 2016 in Florence
Next to his own brand he works freelance for brands as Karl Lagerfeld.

His brand experiments on the juxtapositions in life to which he is drawn: masculine and feminine, light and dark, soft and harsh. Fragility yet strength is referenced using delicate romantic draping against a hard shell of tailoring. Clear lines between masculine and feminine are absent; garments lie between the stereotypes of what is and is not appropriate for each sex to wear.. 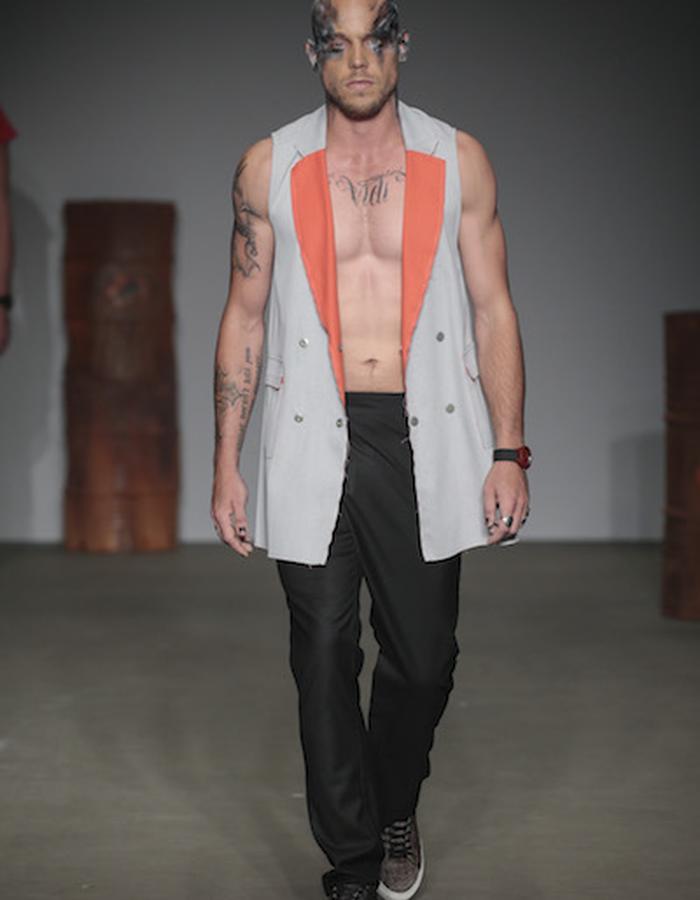