Growing up in snowboarding scene and being highly influenced by military garments, street art and graffiti– Janis Sne has already gained a heavily creative background.
With an enthusiasm for fashion, he states that massive amount of inspiration has been driven from two seemingly inconsistent opposites: concrete jungles and rawness of the nature, using city as a playground for endless experiments. Work that he delivers contains structure and yet is pure in its appearance. There are no restrictions! Vision of the aggressive urban youth and street art is well translated in his male collections that go beyond just stylish apparel pieces. He uses it as a motto that clearly reflects on his own deepest sources of inspiration. While taking all the vibe from the heart of a city, including all its flaws and cultural peaks, he becomes an ambassador of the new generation himself.
Wearer of his collection pieces is someone who always challenges him/her-self, is not afraid of taking risks and does not stick to certainties. 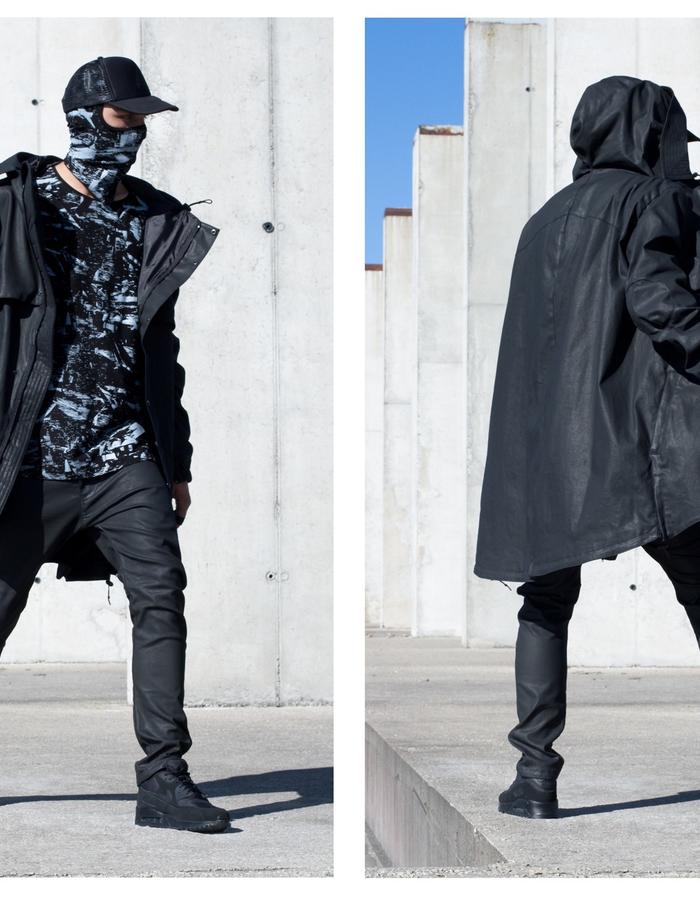