Jamie Funk is a fashion designer, soft-sculptor, performer, and writer with a BFA in Fashion Design at Pratt Institute. Beginning from spatial, psychological, and philosophical research, Funk creates work that insists on converging the wearer and space, making her work deeply experiential. This is why, whenever possible, she works in mixed media that is itself site-specific: making videos, performance pieces, and site-specific installation works in addition to clothing. Exploring spatial relations makes her work at once historically and philosophically referential while pointing to the varying ways in which individuals may approach physical and metaphysical spaces within themselves. To further understand how clothing has the ability to aid people in using dressing as a tool to comprehend the intersectionality of modes of being (connecting race, sexuality, gender, etc.), she’s expanded her practice to include creating fetish gear using latex and leather for their capabilities to express a notion of a second skin. In April 2019, her selected thesis work was staged as a performance piece, Thresh/Hold, at Mark Morris Dance Center. 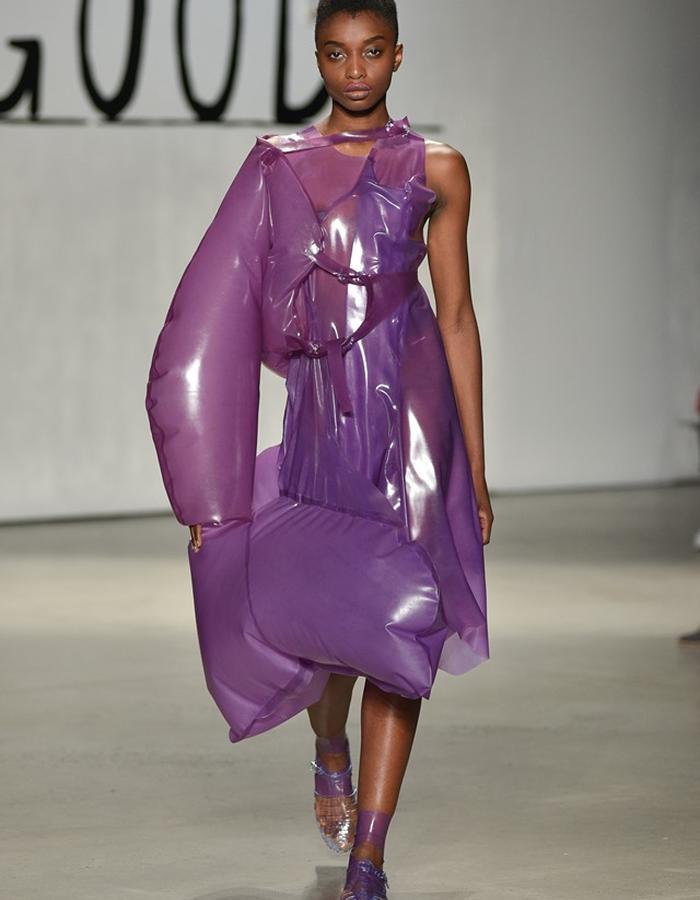