The label Ivanman, based in Berlin was founded in 2010 by designer Ivan Mandžukić. The graduate of the ESMOD Academy for fashion design established the brand of Ivanman with the aim of creating a combination of classic and avant garde menswear. Since the founding of the lable two years ago three collections were presented on several fashionshows and projects. The fashion label Ivanman sees fashion as a social phenomenon, analyzes it by deconstructing, examines its individual parts and then assembles them again in a textile form. The result is a collection of menswear, reduced to a minimalstic style, which outstands through sharp and avant garde wearability. Simple, but meaningful details give the collection its special features. Fundamental to the Ivanman brand is a classic and modest fit. By modifying its details during the process of developement, the fashion evolves to a wearable avant garde collection. Still, the looks never seem willfully deconstructed. At present, Ivanman collections consist mostly of menswear and accessoires, supplemented by a few female looks. 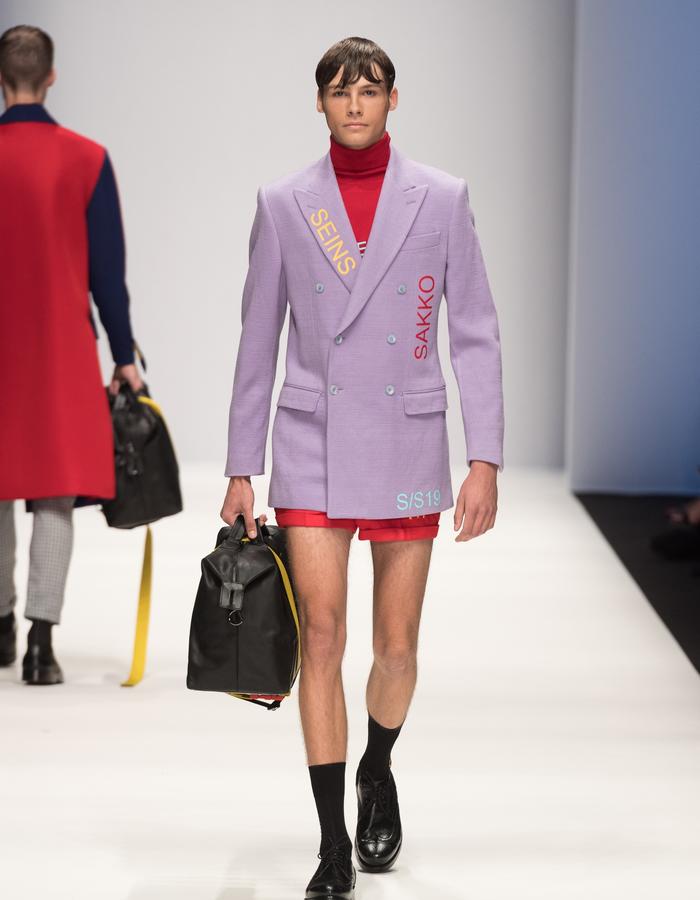 Back to Business: The hustle and bustle of the New York Stock exchange inspires the Ivanman collection for Spring/Summer 2019. Sportswear elements break up the serious business look, resulting in colorful compositions with a wearable aesthetic. Red, yellow, blue and mint face down basic black, while classic sport jackets meet sporty mesh, bright colors and herringbone patterns. Garments are ironically characterized as a “product” with the product names openly incorporated into the design. The clear cuts and contours that distinguish Ivanman create a sporty-elegant look for the modern man.