Ioanna Souflia is a Greek designer currently working between London and Paris. After studying Law at the National University of Athens, she was accepted at Central Saint Martins where she graduated with honours from the Ba Jewellery Design. During her studies Ioanna has been awarded the Second Grand Prize for her medal design for the annual British Art Medal Society student competition and has been shortlisted for the Swarovski Award/CSM, where she was announced runner-up and her design was specially commended. Her graduate collection was showcased at London Fashion Week as part of Jean-Pierre Braganza's SS15 show at Somerset House.
With an inherent curriosity the designer is drawn to the contrasting and the challenging. Ioanna is fascinated by the possibilities of jewellery as a medium and seeks to explore a union of the different jewellery worlds; fashion, contemporary and fine jewellery. 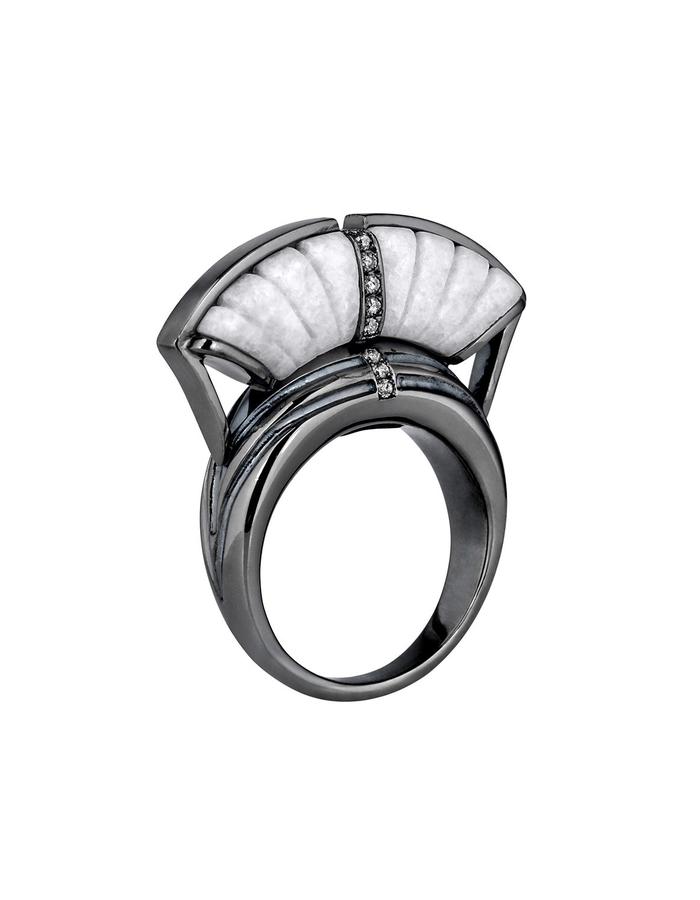 Symbiosis is the progression of Ioanna Souflia's first marble collection _in between_ into fine jewellery. A symbiotic relationship between materials, shapes, volumes,
colours, fine and contemporary jewellery. A black and white cosmos of handcrafted modern luxury.