Ichiro suzuki is a Japanese born menswear designer currently based in paris.
He graduated from royal college of art and was trained in the art of cutting in savile row tailors before he moved to paris.
as suzuki's designs indicate, although his major influences are rooted in traditional british bespoke tailoring, they display a classicism and eccentricity that, while meticulously adhering to luxury craftsmanship, also reveal elements of breathtaking originality. 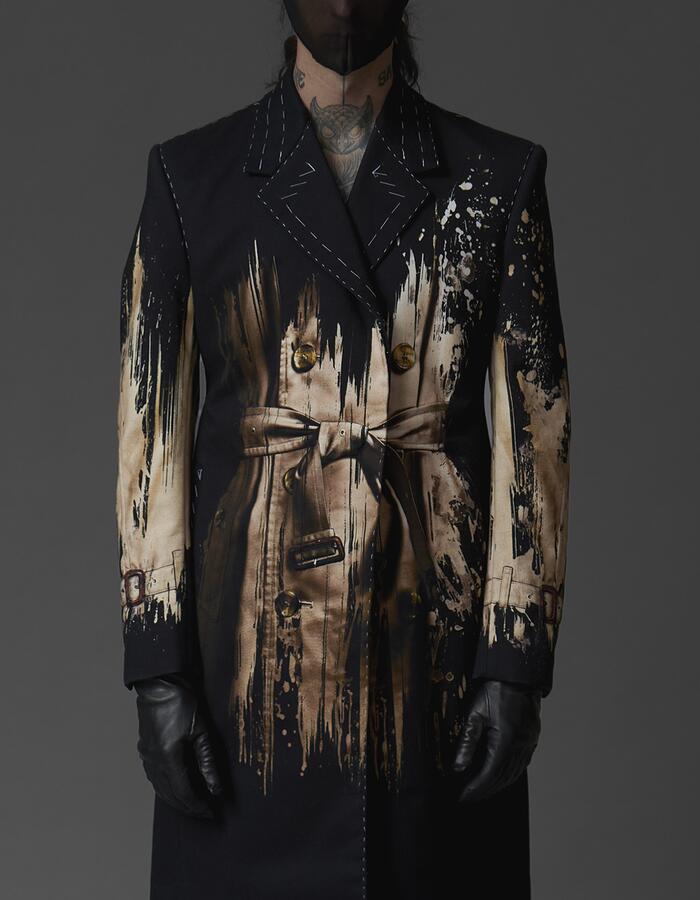 THE COLLECTION DRAWS INSPIRATIONS HEAVILY FROM THE WORKS OF BELGIAN PAINTER, RENÉ MAGRITTE.
INSPIRATIONS ARE CHARACTERIZED AND EMBODIED BY THE NORMAL AND THE FANTASTIC: THE TRADITIONAL AND THE PROGRESSIVE: THE HANDCRAFT AND THE INDUSTRIAL: THE SIMPLE AND THE COMPLEX, PRECISION AND CHAOS JUXTAPOSED. UNDERSTANDING AND ACCUMULATING THESE TYPOLOGIES OF GARMENTS TOGETHER IN A SPONTANEOUS AND AN HONEST MANNER IS TO GIVE FAMILIAR CLOTHING NEW FORMS AND CHARACTERS.