Homic was established in 2015 by Fashion Institute of Technology graduate Joshua Homic; Having a background in luxury and “emerging designer” markets, Joshua sought to create a “gender fluid identity” not yet captured by his contemporaries. After a variety of media exposure, Homic launched its first commercially available line in 2016.
Our Ethos is defined by creating new fashion principles void of archaic gender notions. Homic is a new luxury, made to be visual eye candy; references are fueled by fetish culture and its quest for ecstasy, moments of 1980s business casual aesthetic, and midwestern kitsch. Together these ideas come to form HOMIC; an aim to establish a new language for power dressing. 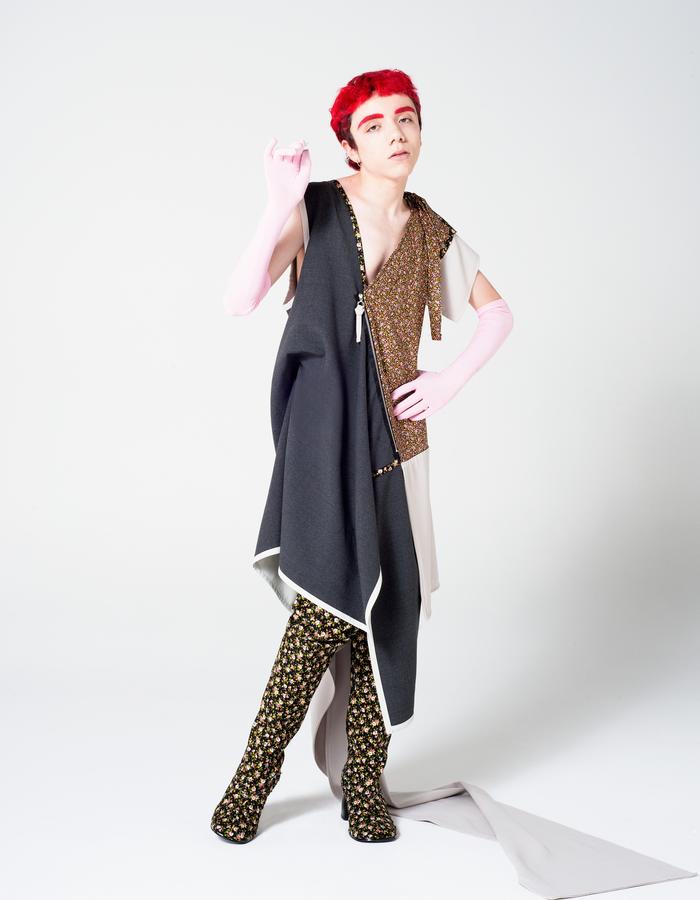 “formalities” explores the traditional notions of mens tailoring and fashion principle, contrasted with the New York “youth” movement HOMIC associates itself with. Here silhouettes are exaggerated, yet developed off of iconic staples. Textiles are created and sourced to show principles on bonding and double face for utility… Style references are directed by fetish culture combined with moments of 1980’s yuppie culture. These elements create a newness for the application of clothing - garments meant to be integrated into an everyday lifestyle, new wardrobe formalities…