In 2003 Patrick Ascher and Andreas Riedler decided to collaborate on a fashion line after meeting on a movie set in New York. They have both been smitten by the style of Old Hollywood movie stars like Ava Gardner, Marlene Dietrich and Lauren Bacall. They launched their label HEIRESS, inspired by the style of Manhattan´s young debutants like Lydia Hearst and Ellettra Rossellini and showed their first collection during Fashion Week in New York in a loft just around the corner of Soho House in the heart of the Meatpacking District. Ever since the two designers borrow from Black and White movies, Film Noir and classical movie stills. They adore old movie stars and their styles created by masterminds like Adrian and Edith Head.

HEIRESS wunderkinds Patrick Ascher and Andreas Riedler are known for their use of exquisite fabrics, fine tailoring and clothing that represents their sense of a woman´s elegance and femininity. They specialize in sexy cocktail dresses and sophisticated separates for day-to-evening.

The designers divide their time among Munich and New York. Their collection under the label HEIRESS is for a next generation of ladies who lunch, work and have active social lives and want to look utterly chic for all of the above. Since they were finalists at the BUNTE NEW FACES AWARD , one of the most respected fashion awards in Germany, they have serious design credibility in the industry.

HEIRESS combines tailoring and distinctive detailing to give their clothing sophistication rarely seen in young-designer collections. The designers strongly believe in the ideals of form, function and composition that have become the hallmarks of their collection. Patrick Ascher and Andreas Riedler design clothes for real women - effortless, clean and simply luxurious. They are leading design into the 21st century. 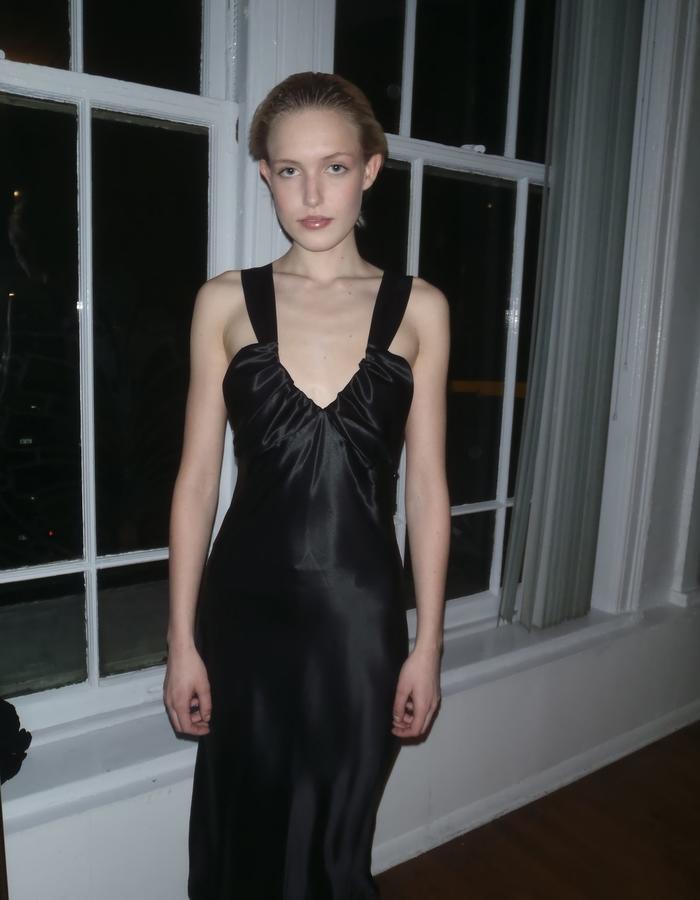