A Lebanese fashion designer, Hazem Kais graduated from Creative Space Beirut in 2017 at the age of 23. While carrying out his studies, Hazem was selected to receive a grant by Kuwait-based concept store, The Number 4. As a result, Hazem produced a capsule collection that was sold from the boutique.

A free, progressive design school based in Lebanon’s capital, Creative Space Beirut relies on a holistic curriculum and a hands-on approach - two aspects that encouraged Hazem to explore techniques and materials while being led by his emotions.

Hazem went on to become the Creative Director at CIVVIES, a sustainable fashion brand based in Lebanon. In addition to this, he founded The Master Peace, a brand that conveys a message of peace and togetherness through a genuine expression of art and design.

Now working on his upcoming brand, GOODKILL By Hazem Kais, the designer is set to show his first collection at the 2019 edition of Fashion Forward Dubai. A juxtaposition of dichotomies and dualities, GOODKILL By Hazem Kais was brought to life in order for the designer to create timeless, experimental garments that portray messages close to his heart. 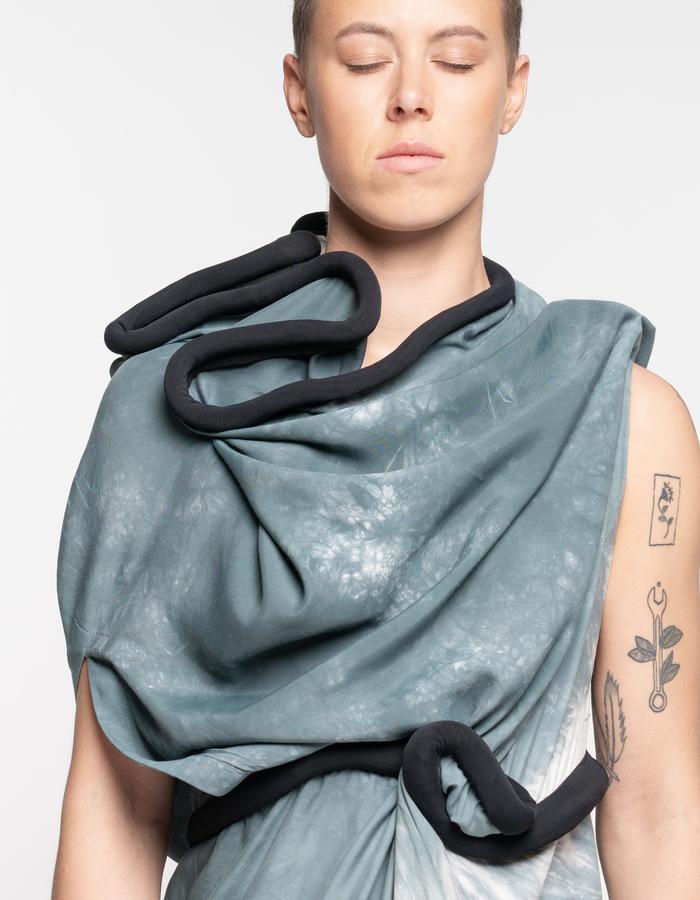 Expression I is a line-up of pieces that convey how humans adjust and evolve to ever-changing situations and circumstances by way of adapting
to their surroundings and readjusting their perceptions.