I am a British designer-maker living and working in Mexico. I make bold, simple jewellery always with one eye on the patterns created by accident and chaos in the making process. The final pieces retain some of the energy their process, resulting in dynamic jewels made to sympathise with the form of the body. I live and work in Mexico, using recycled silver and locally sourced stones. All stages of my production are completed locally and on a small scale.

Before moving to San Miguel de Allende, Mexico in 2015 I lived and worked in London where I was working in theatre, opera and film set and costume design. In 2011-12 I was a member of the Design Studio for London 2012 Olympic Ceremonies, assisting Mark Tildesley, Misty Buckley, Es Deviln and Jon Bausor.

I also make giant drawings and in 2011 travelled to Namibia as Arist in Residence for the Tsaobis Baboon Project. Here I spent 14 hours a day for 10 weeks walking with and drawing a troop of wild baboons. The body of work from this project was shown in August 2015 with Gold Cube Gallery in Berlin. 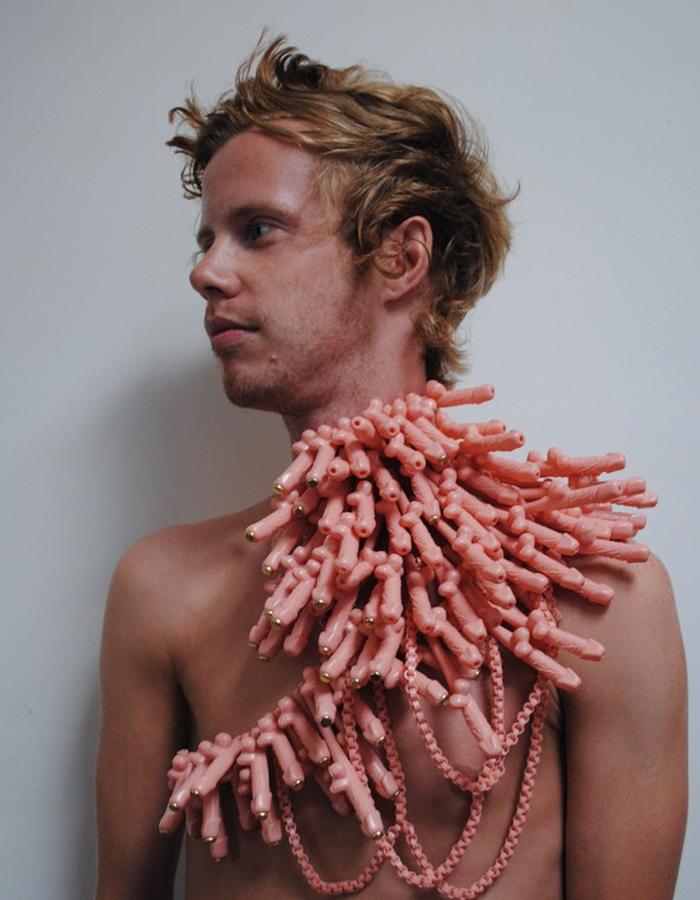 This group is a series of experiments with designed objects and repetition. The design of the pieces is guided by the repeated objects themselves and their placement on the body.