Prague-based Fashion designer Hana Frišonsová is known for bold silhouettes, highly wearable clothing with experimental approach and using traditional techniques or original prints. Her clothing is often variable, timeless and not defined by size / age / gender. She often collaborates with artists and other creative people. She presented her work at the FASHIONCLASH FESTIVAL several times, she was awarded the ERSTE BANK FASHION AWARD at the Austria Fashion Awards 2011 in Vienna and nominated for the Czech Grand Design 2014 of the Czech Republic. 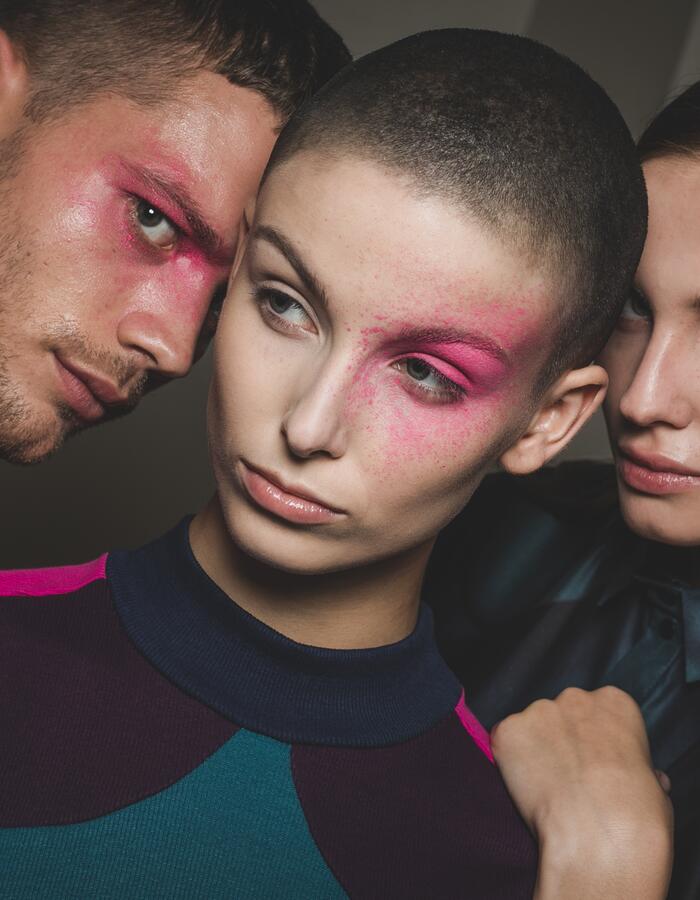 The new collection from HANA FRISONSOVA for the AW2020 season named HYBRID is inspired by the organic shapes of exotic plants that transform the human body. It reflects the author's utopian vision of a green planet, where humans lives from photosynthesis and blooms into fantasy shapes. Hana is experimenting with digital printing, which she applies to cotton shirts, wool and silk. The abstract print was created in collaboration with artist and illustrator Eva Maceková.