Founded by Hadeel AlHussain who is usually known for her visual art as she returned home back to Saudi Arabia after years of living in different countries abroad including Lebanon, Bahrain, England and Denmark where she graduated in Fashion Design at Copenhagen Academy of Fashion Design. In addition, she has also studied fashion at ESMOD Beirut.

A true jet-setter who sites her international childhood as having influenced her sense of style, Alhussain feels that living in Denmark that has had the most impact on her personal fashion. And according to the creative entrepreneur, “…fashion in Copenhagen is quite different from the style in Saudi Arabia.” Having found frequent inspiration from the sophistication of fashion in the Middle East; blending this refined aesthetic with Danish minimalism has given her label a distinctive feel. The core is to bring a mix of culture and modernity into Saudi and middle eastern fashion scene. However, at the end of the day, her focus is primarily on creating the highest quality clothing for the best price point. 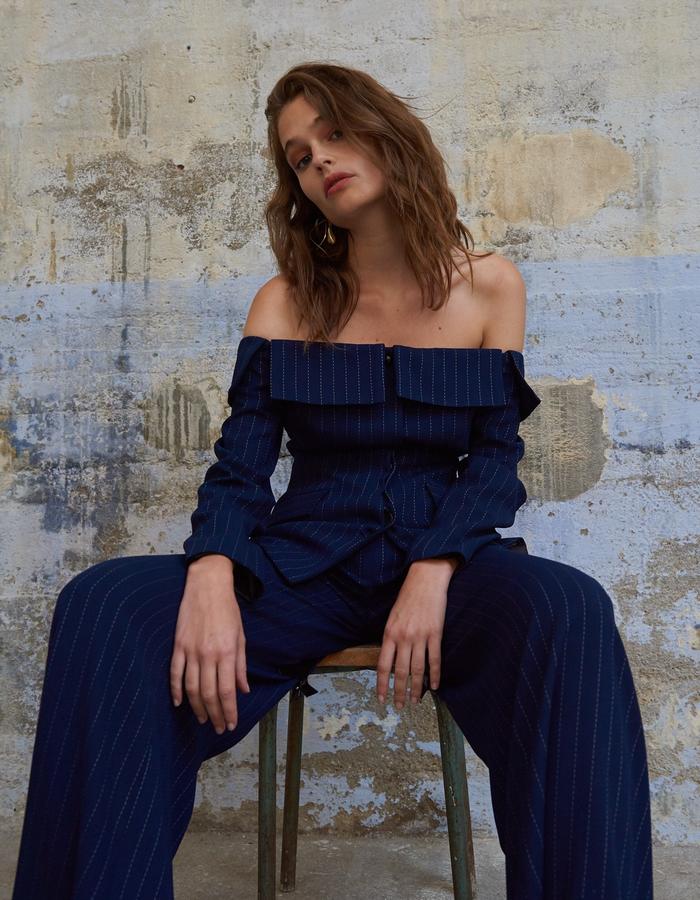 Flow, freedom, and beauty.
“papilio” butterflies hold deep and powerful representations of life. Many Cultures associate in it’s world of soul, igniting renewal lightness of being,
& elevation from earthy matters.”
The collection is to dress lebrated romantic soul independant and sophisticated in her simplicity, a woman that comes from no certain time because her character lives through the eras.

As a desinger inspired by the body’s silhoutte,
I like to to emphasise it through volumes, movement, and expressions in my creations.

The design process started with draping fabrics on the body and mannequin to create shapes
and volumes. Then I developed them into sketches.

For Papilio collection the focus was on using light weight fabrics yet stiff enought to ..the shapes. As for the color scheme we focused on neutral and toned colors. Most of all, I focused on offering a full wardrobe, consisting of garements that conplement each other & to be styled for various ocassions.