Cassandra Pondekas was born and grew up in Sydney Australia until the age of 8 when Cassandra moved to Belgium to live for a period of time with family. In Brussels, she was educated at an International British school.

Throughout early teens Cassandra travelled to many countries and experienced many cultures that were influential to her creative flair. The European emphasis on details and discerning eye for quality was influential to her and provided a vital reference point for the standard of work she would endeavour to produce.
1997 Returned to Australia to complete schooling where she focused on Visual Arts and Design,and Design and Technology

2004 Graduated in Bachelor of Arts at Sydney University, majoring in Art History and Theory and Classical Archaeology.

2007 Finalist in the International Hempel Awards, Beijing, where she represented Australia with 5 intricately created couture garments.

Textiles, embellishment and detailed handwork continued to remain the dominant focus throughout her studies, which quickly developed into a signature style along with the obsession and persistent eye for detail and quality that continues to be an integral aspect of her work that she continue to develop and explore,

After graduating Cassandra began her career in the industry specialising in handwork and textile embellishments in the bridal industry. Simultaneously she also began producing garments for private clients where she would pattern make, sew and hand embellish custom dresses and jackets for special occasions.
2010 Cassandra took an initiative step to develop her own signature label, one that would fulfil her creativity, imagination and fascination for textiles. Cassandra focused on sourcing local manufacturers and international embroideries that would assist in the vision for creating beautiful, feminine high quality clothing that women could wear with confidence.

To this date Cassandra Pondekas, has been designing and creating dresses and special gowns for more than a decade .

Working under her label Guipurean, Cassandra now designs and creates gowns for bridal and special occasions featuring
her signature elements of custom embroideries, applique and unique fabrications that are all close to the designer’s
heart and are the driving force for her fascination and dedication to her label 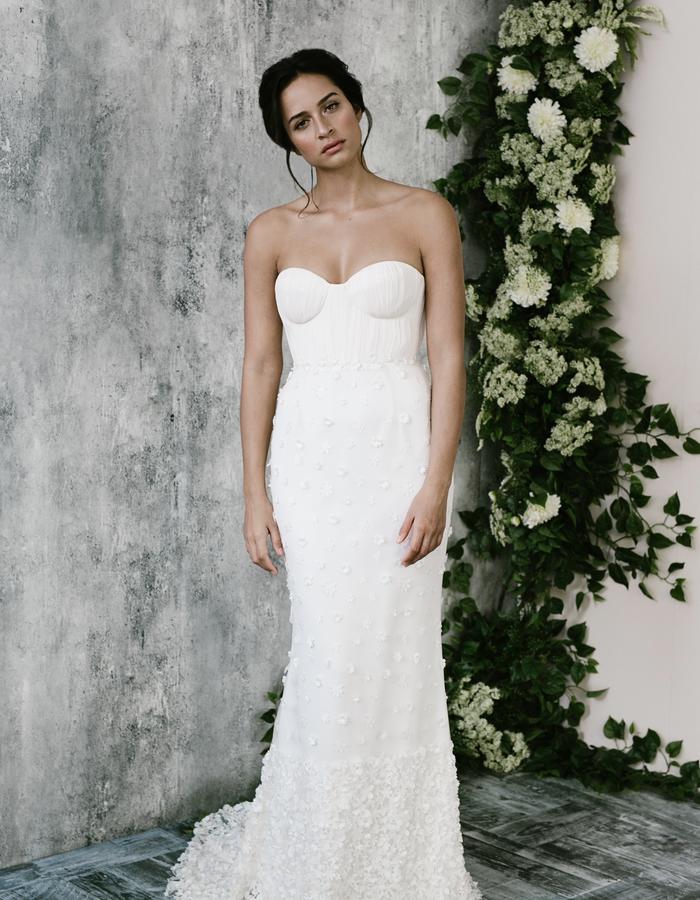 A collection of classic bridal that is refined, enchanting and artistic. Simple shapes with detailed laces, embroideries and appliques to create statement gowns that are refined yet inspiring, breaking away from the traditional while still retaining the DNA of what makes bridal. For a bride who dares to be original and unique.