Guillem Rodríguez was born in Barcelona in 1991. He is based in Barcelona, Spain. He studied at BAU Design School and graduated in 2013. His collections are produced in Spain.

Ever since he was a kid, Guillem felt attracted to drawing and arts. As he became older, he found out that his real passion was fashion, and started developing a sensitivity and an imaginary that he constantly develops. At the age of 16, Guillem started working at a tailoring store and, later, he began his degree on Fashion Design at BAU Design School in Barcelona. After four years, Guillem won Modafad Awards with his graduate collection called "Romantycs", based on the research and development of his personal imaginary. 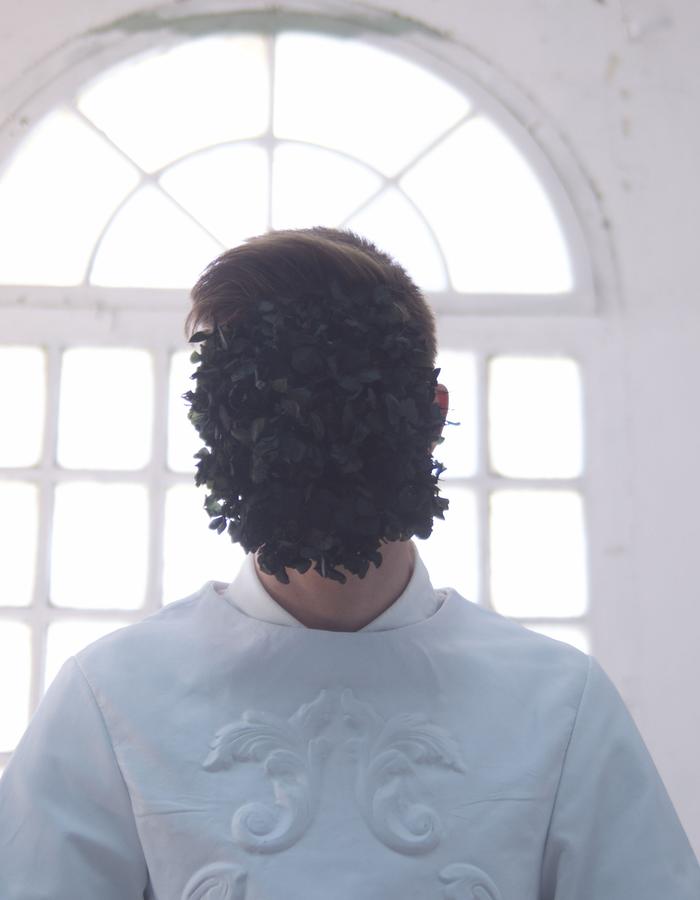 The concept of Romantycs was born from by observing the escapism one of the youngest generation of people that has grown the same time that Internet and Social network did. This kind of images, reflect and ideal world connected with Romantic scence but with a new esthetic, more calm and lightly than Romantic's used to be.

This images reflect an ideal world that this new generation want to be in (Y Generation). The key for develop this collection was overanalize this new imaginarium and try to reflect the feelings and sensations that the images talk about.

For Romantycs collection, Guillem took a lot of care on fabrics (working on highest qualities), silhouettes, colours and textures... Trying to be loyal with the original concept. Almost, in this collection the young designer show influences that he has had since he was a child, like romantic ornamental's roof, flowers and white.