Not only created through attitudes, moods, and statements but also through their anti-fashion attitude, Ground Zero distorts “counterculture” in order to reinterpret and subvert the casual look.

Brothers Eric and Philip Chu started designing and customizing their own used clothes in high school. Years later, older brother Eric became more creative in graphics and prints as Philip went off to pursue business management in the U.K. While Philip’s family and friends thought he was off studying business courses, he was actually enrolled at Middlesex fashion design University.

Finally, in London, Summer of 2003, Eric and Philip started their clothing line, striving to create their whole collection from the ground up, thus spawning the name “Ground Zero”. They adopted the philosophy of starting from scratch and it’s this way of thinking that they now apply to everything they do each season, keeping the silhouettes of their pieces rather simple but using bold graphics to convey their message. Starting with a clean slate allows the designers the freedom to apply fresh graphics each time, “a bit like painting on a blank canvas.”

In keeping with Ground-Zero’s philosophy, “Zero Could Be Everything”, Spring/Summer 2008’s collection takes us back to 16th Century England when Shakespeare’s comedies were satirical of his Elizabethan World and his works challenged the established norms and traditions. This season’s “As You Like It” theme is all about humor, poking fun at the current generation’s norms toward fashion and clothing. Key pieces include a tuxedo t-shirt, ribbed waistband thermal-like pants, a funnel neck fused with a classically tailored shirt, and a trench coat lightened up by the use of cotton fabric. Accessories, footwear, and jewelry are recent additions to the brand. 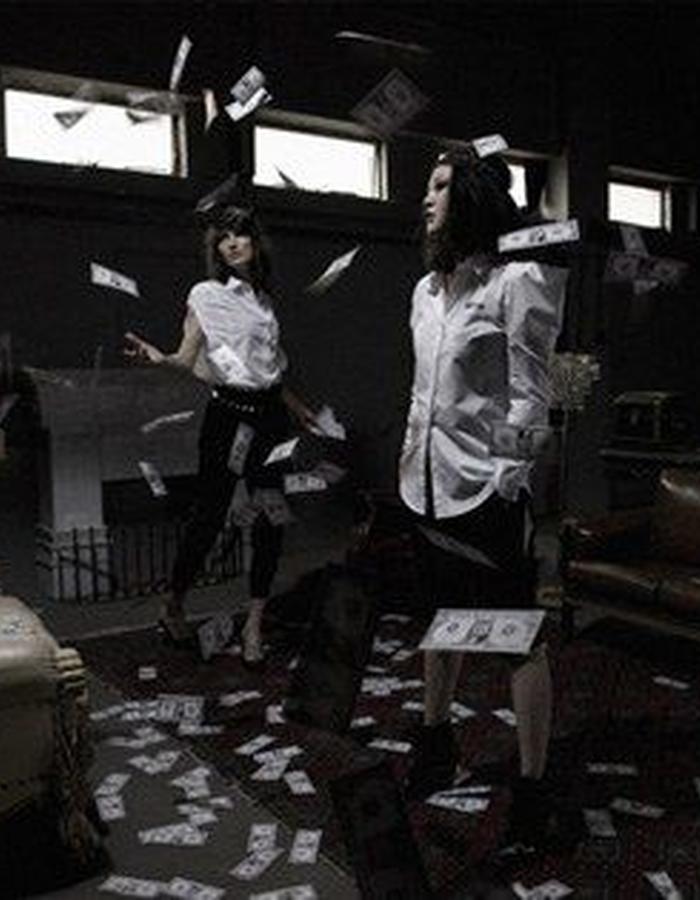