Multi-award winner Melosi launched her label in AW11|12 with the directional debut jewellery collection //SHATTEREDfragments//. It won the acclaim of both trade and fashion press and secured the eponymous Selfridges as a stockist. The sharp, yet organic aesthetic can count artists Cara Delevingne, Robyn, and Ezra Miller as customers and receives regular press in publications such as Harper's Bazaar, Grazia, Vogue Italia, HOPE ST, 1883, The Sunday Times, ELLE, and Esquire China..

Her designs have launched at several fashion weeks including The Jewellery House in Milan, in addition to showing in the Middle East (1 of 8 companies invited as part of the "Best of British" Jewellery Pavilion at Jewellery Arabia), FASHIONCLASH in the Netherlands, and the United States. She is a current MASTERED: Accessories brand and has recently relocated to Berlin from London. Gina has press agencies in London and Berlin, and launched her new collection during Berlin Fashion Week, July 2018. 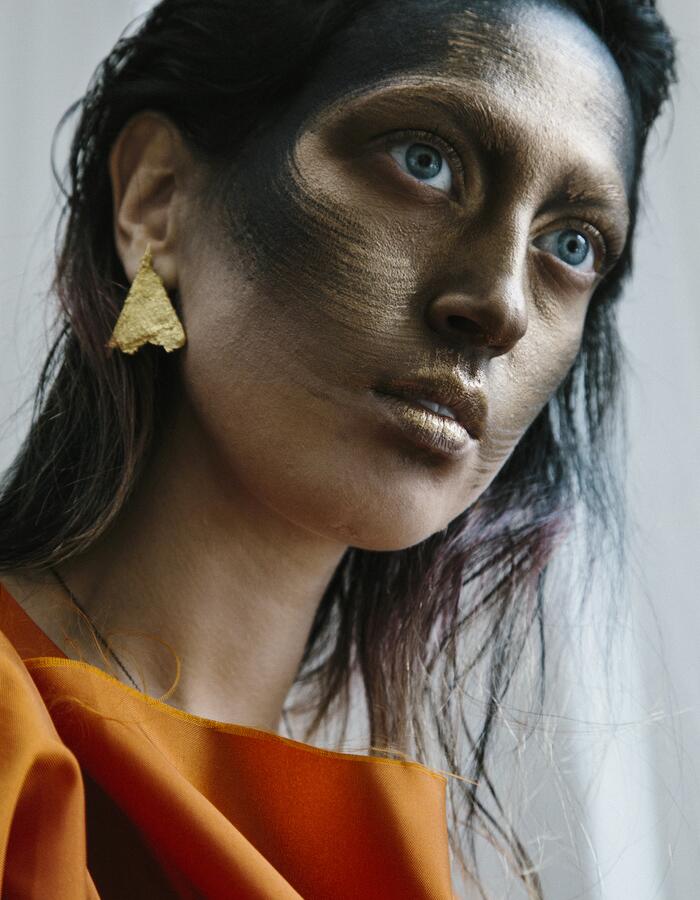 the latest collection by conceptual jewellery label gina melosi features chunky, textured earrings and rings contrasted with delicate studs, threaded earrings and pendants. each piece is cast in recycled silver, and either dipped in gold vermeil or left raw in its white metal state. accents of oxidisation and gemstones such as white sapphire are lightly sprinkled throughout. each jewel is based on a tiny hand-built model made of snapped or split wood, wrapped gauze or other ripped material, and sewn and bound with metal thread. A recurring theme in her work is the broken, overlooked, and discarded, where new life is given to abandoned objects.