Born in Moscow, where she graduated from high school, Elizaveta Efimova then moved to London to study Jewelry Design at Central Saint Martins College. There, the designer's style and philosophy began to unfold, showing her that her path was not to adorn a person, but to create a whole new world through wearable art.
She draws inspiration from the unknown and uncertainty, the intersection of philosophy, science and art, the juxtaposition of opposites and the animation of human fears, desires and disbelief, turning the elusive into the tangible and redefining reality. Elizaveta tries to create not so much fashion as art - art on the edge of reality and fantasy. Her complex and often transformable costume elements lead the viewer to an awareness of his own thoughts and emotions, as if they were a guide and a dialogue between the designer and the observer.
“Perception of the world through embodied illusions - this attitude is the one I identify with”, - says the designer. 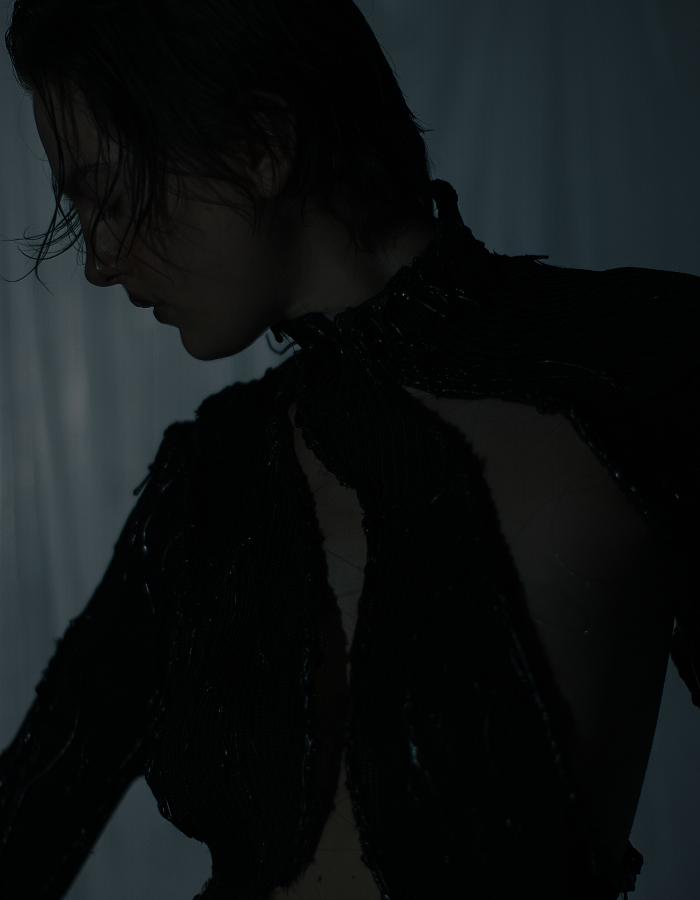 In this project I took inspiration from time itself: the past, the present, the future, their interconnection, this endless cycle, whether existing or not. I studied how philosophers and scientists explain this phenomenon for themselves, drew inspiration from physics and cinema. The hardest part was to figure out how I explain this topic to myself and how to put science into tactile art. The very idea of my project embodies this question that no one alive can answer - what awaits us in the end? My creation - a living dress, a “black hole” that sucks a person in and swallows the body up, enveloping it in blackness, - leaves behind an element of mystery so that the viewer could gasp his personal thoughts and beliefs.