Bio-Gabriella Marina Gonzalez specialises in handcrafted accessories and footwear. She has recently relocated her brand base to Berlin after nearly a decade in London. The Miami native graduated from Central St Martins Women’s Wear in 2009. Her label was established shortly after, focusing mainly on unconventional luxury leather goods. Gabriella’s earlier works consisted of shredded handmade yarns that she knitted, knotted and crocheted to create intricately detailed jumpers and gowns. SHOWstudio described her graduate collection as: ‘Savage buckled harnesses, zippered leathers and hefty cobweb mohair that looked as if they had been knitted on a couple broomsticks.’ Often pairing uncommon combination of materials, Gabriella creates work that is characterised by an inventive boldness, which invites inspection of more delicate intricacies. In designing, her intentions go beyond adornment. She has a strong artistic interest in the potential to evoke atmosphere, emotion and endless association through the creation of a fashion artefact. Often this is achieved by immersing the wearer in a narrative, conjuring a sense of character and experiences. For this reason, Gabriella’s work has become a popular choice for film costume and editorial commissions, working with stylist and photographers such as Edward Enninful, B.kerlund, Alister Mackie, Hedi Slimane, Karl Lagerfeld, Craig McDean & Nick Knight. Her work has also been displayed in the V&A and MoBA as well as printed in several hardcover catalogues. A sense of duality is present in much of her work. In this way she highlights the sometimes conflicting spectrum of qualities that can exist simultaneously within one person. Most frequently noticeable is a sense of dual feminine empowerment and fragility, demonstrated in her delicate use of resilient materials.--------------------------------Gabriella Marina Gonzalez interviewed by Sleek Magazine June 2016 - As a fashion designer, Miami-native Gabriella Marina Gonzalez was on track to be the next big thing. In a prescriptive ‘studio system’, where tomorrow’s stars all take the exact same route to the top she was ticking all the boxes one-by-one. She got onto the right course: Womenswear at Central Saint Martins; her graduation collection was a success and was subsequently picked up by visionary store Machine A—credited in launching many young designers. Copious amounts of press from indie publications followed—Vice, AnOther magazine and Tank—which in turn led international coverage in Elle and L’Officiel. Her off-kilter accessories were styled and shot by the likes of Edward Enninful, Alister Mackie, Hedi Slimane, Craig McDean, and Nick Knight. And, not forgetting those futuristic platforms worn by Lady Gaga that launched a thousand copies? They were Gonzalez.
The inevitable next steps would have been a spot on the fashion week schedule, a high-street collaboration, and finally a seat as a creative director in an international house. So why, after a few seasons, did she turn her back on it all? On the release of a new body of work this week, SLEEK spoke exclusively to the designer on why she moved to Berlin and did away with the structure of ‘traditional’ seasons, and posed the question: Can a fashion designer ever really be called an ‘artist’? Read her account below.----------------------------'I was born in New York and raised in Miami. I moved to London when I was seventeen, where I spent ten years of my life attempting to fulfil a teenage fantasy of becoming a ‘fashion design legend’. I never really felt accepted. The art school system and the path a fashion designer goes down afterwards is a rigidly structured, elite fraternity.

I was working out of a bar cellar, but always trying to craft things to the highest standards that I could within my means. On paper I was doing well, but if I am honest, I was scared that if I didn’t stick to the prescribed sample sales, with champagne receptions in white shiny studios, I would be caught out and swiftly removed from the career ladder. I spent more time on things that didn’t matter and less on my work. Then something snapped. How could I compete with this ancient megalith?

I don’t consider my craft a job, which I can clock off from, it is an extension of myself, an appendage which breaths and sleeps with me. Where and how I live is therefore imperative to my creative outlook, co-existing and feeding one another.

That’s where my story in Berlin begins. I came here as a sort-of hiatus. Away from everything, including myself and I forged the commandments that I will refer to for the rest of my career.

I graduated from Central Saint Martins directly into a recession. It bought me the time to indulge and flourish in terms of creative exploration but didn’t teach me to run a label in a declining economy.

It still shocks me that people are so impressed when they ask where I was educated. I supposed what impresses them is that I survived the overwhelming competitiveness of it all and still remained passionate about my work.

I have done away with the timely constraints of designing in seasons. I’m not a machine and I’m only one person. The creative process shouldn’t be constrained with deadlines that are only in place to supply a demand. This is what separates you as an artist, and not just a producer of consumer goods. I don’t want to take part in something that confirms the belief the ideas we bring to life have sell-by dates. That my hard work and passion will be rendered obsolete every couple of months to make way for newer things to consume.

I create collections but I’m working on releasing them as and when they are ready not because February or September are fast approaching. I have re-created my website in order to present my work as an archive of fashion artefacts in atmospheric editorials rather than a cemetery of season passed. I won’t be told when my work starts and ceases to be relevant.

I like having a connection with my customers. I sleep sound in the knowledge that I hand craft each piece individually for a specific person and that piece will be enjoyed and loved for an indefinite length of time the way a piece of art or sculpture is. I hope that by actively boycotting ‘throw-away’ culture and focusing on the tradition of made-to-order that my work encourages changes in the way we have been taught to desire things.

I believe an item can very much still be fashion if it is ‘unwearable’. Fashion has a long-standing history of being ridiculous and in-practical. Saying that something being unwearable stops it from being ‘fashion’ is like saying that a Victorian gown behind glass in a museum ceases to be a dress.

I have had clients commission my shoes for the simple fact that they think they are beautiful and display them in their homes. I feel honoured by this. In this way that piece has become a work of art, transcending the wear and tear of a shoe to become almost the opposite of a shoe, it will never touch the ground. Can a fashion designer ever really be an artist? Well I intend to find out.' 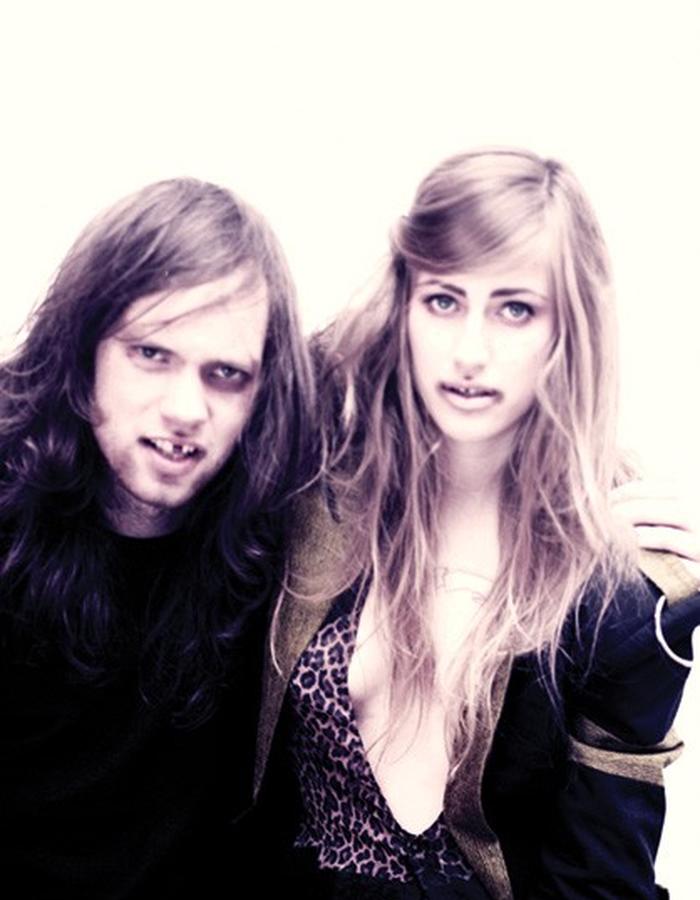 Clothing for the Emotionally Dispossessed